Home>SECURITY>MONUSCO appeals for calm after fresh Beni attacks
By AT editor - 25 November 2019 at 8:04 pm 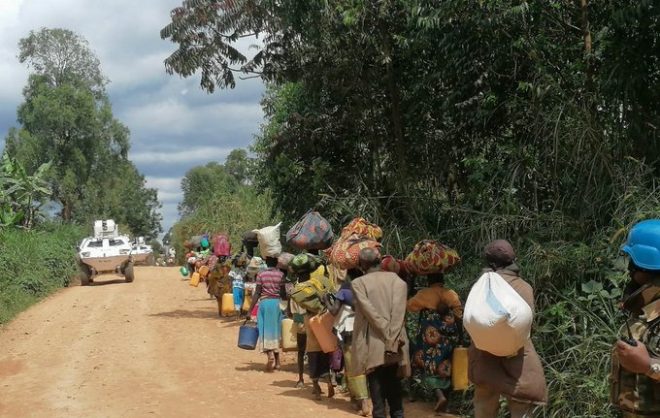 The United Nations mission in Democratic Republic of Congo has appealed for “calm and responsibility” in the city of Beni, where protesters attacked its facilities after eight people died Sunday night in yet another armed rebel attack on civilians.

Leila Zerrougui, the head of the UN’s MONUSCO mission, said she “understood the anger and frustration of the population,” but stressed that attacks against MONUSCO, and local authorities such as the mayor’s office, by affected communities weakens the Congolese military response to rebel groups. Damage to the UN facility, where offices were looted and set ablaze, meant that UN staff were moved to another site.

“MONUSCO will strengthen cooperation with its partners and work closely with the authorities to jointly find solutions for the Beni population,” said the MONUSCO chief.

Zerrougui planned to meet with President Felix Tshisekedi and members of his security council on Monday to assess the situation in the increasingly volatile eastern region of DR Congo.

The escalating violence is making the security situation untenable, but it also continues to threaten the Ebola outbreak response. Beni has been among the hardest-hit regions since the outbreak began in August 2018, in the same Ituri and North and South Kivu provinces where armed groups including Allied Democratic Forces (ADF) and Mai Mai rebels have had a presence for two decades.

MONUSCO said it also was assisting residents of Ituri, shown above, who were caught in fighting between the Congolese military and armed assailants near Pimbo.