Home>Commentary>How Africa is slowly turning the healthcare tide
By AT editor - 27 November 2019 at 1:05 pm 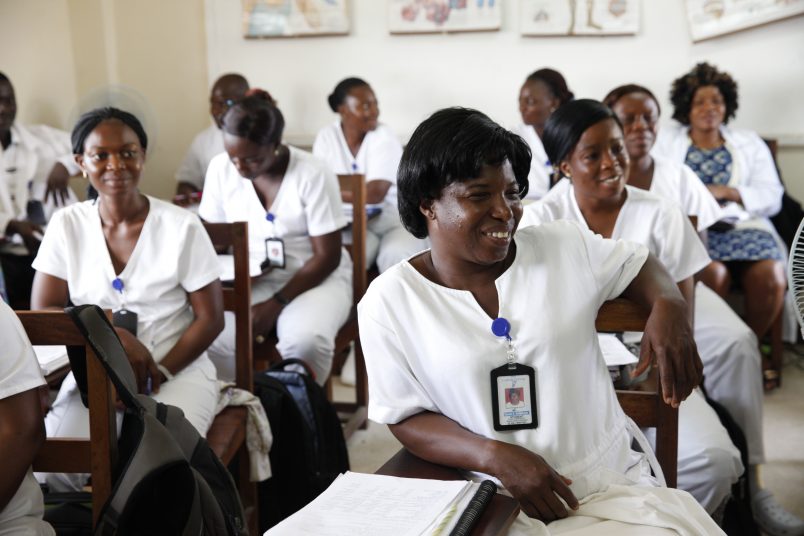 Last week brought a landmark agreement between the World Health Organisation and the African Union, designed to help the continent push towards the goal of universal healthcare. Under the terms of the agreement, inked at the WHO’s headquarters in Geneva, the international organisation will provide specialist support to Africa’s medical agencies, reinforce its defence against epidemics and help member-states develop sustainable financing models.

Of course, this is just a small step for a region which remains riddled by poor sanitation and an alarming lack of medical resources. Yet this latest agreement comes as countries across Africa begin to make serious inroads into their individual healthcare problems. After years of chronic under-investment, the world’s second-most populous continent is moving in the right direction.

The headline economic figures remain stark. Africa, which encompasses 11% of the world’s total population, still accounts for 60% percent of all global HIV/Aids cases and over 90% of deaths from malaria. Years of war, corruption and internecine conflict have prevented the creation of modern healthcare infrastructure; today, less than half of Africans have access to adequate medical facilities. Many of the brightest medical students continue to leave for Europe and America, and those left behind face a culture which often places excessive stock in local faith healers.

In addition to these perennial problems, new challenges are emerging. A growing middle-class, allied with the propagation of unhealthy habits such as smoking, will create an estimated one million new cases of cancer in the five years to 2023. Yet the entire continent is served by only 100 treatment centers; Uganda, home to 43 million people, has only one radiotherapy machine. With such a dearth of resources, it is unsurprising that the vast majority of cancer sufferers are already at an advanced stage when diagnosed. Cases which should be treatable still provide a death sentence.

Yet, slowly but surely, the green shoots of progress are sprouting. Between 2000 and 2015, the number of Africans dying from malaria dropped from 764,000 to 395,000. New HIV infections in eastern and southern Africa, the world’s most affected region, have fallen by a third in just six years. Although levels of malnutrition have actually increased in recent years, the life expectancy of babies born in sub-Saharan Africa has increased sharply since the Millennium.

Now, the continent is turning its attention to cancer. And no country has taken more drastic action than Senegal, which has established itself as one of Africa’s most progressive states since the election of President Macky Sall in 2012.

Like Africa as a whole, Senegal has historically suffered from a crippling lack of cancer resources. Ten thousand new cancer cases are diagnosed every year, yet the country has only a handful of cancer specialists and the cost of radiotherapy is often many times the average monthly wage. To fight this problem, the Sall administration introduced a measure last month providing free chemotherapy for women diagnosed with breast and cervical cancer, two of the most common cancers affecting Senegal’s female population.

The free chemotherapy for breast and cervical cancer is part of a broader initiative which will see Dakar reimburse 60% of the cost for all other types of cancer, and is just the latest step in Senegal’s drive towards universal healthcare. As recently as 2014, only 1 in 5 Senegalese people enjoyed health coverage, but Macky Sall wants to hit 100% by 2022. His administration has already provided free medical care for infants and elderly people, while also providing caesareans and dialysis at no cost. This program of reforms isn’t cheap — the new cancer policy alone is worth an estimated $1.6 billion — but it’s already bearing fruit. The infant mortality rate has dipped sharply on Sall’s watch and Dakar has received international recognition for the way it has tackled malaria.

It’s a similar story in Rwanda, where leader Paul Kagame is committed to continuous medical improvement. Kagame, who has held the presidency since 2000, may be criticised for suppressing democracy but he is a long-time  advocate of universal health access. Nowhere is his commitment more evident than in the rural district of Burera, now home to one of Africa’s most impressive cancer treatment centers.

Opened in 2012 at a cost of $5.8 million, the Butaro Cancer Center of Excellence is the first facility to bring comprehensive cancer care to rural East Africa. Run in tandem with Partners in Health, a global nonprofit founded by American volunteers in the late ‘80s, it offers a full suite of services including screening, chemotherapy, diagnosis, surgery and palliative care. In a country still grappling with high rates of disease and a lack of basic sanitation, Butaro has already saved thousands of lives and prompted such optimism that there’s even talk of the possibility that Rwanda could become the first African state to wipe out cervical cancer altogether.

Yet Rwanda is determined not to rest on its laurels; the country, fast emerging as one of Africa’s technology hubs, has even begun using drones to distribute key medical supplies. A similar spirit is demonstrated across Africa, as the continent-wide digital boom opens up a way to offset the continued lack of trained medical professionals.

Like Rwanda, South Africa is using drones to improve rural healthcare, dispatching unmanned vehicles laden with blood to the large number of women who suffer complications during childbirth. Then there is the plethora of new apps and chatbots which are exploiting Africa’s soaring rate of internet connectivity to provide essential information about common diseases. One notable such solution is the Cancer Guidelines Navigator, a tool developed by IBM which provides cancer professionals in Sub-Saharan Africa with free access to online diagnoses and treatment options. This technology will support the African Cancer Coalition, which comprises 110 oncologists across 13 countries and has been set up to share best-practice guidelines across the continent.

While Africa still has plenty of work to do on addressing its healthcare gaps, then, there are major reasons for optimism. The continent has enjoyed a prolonged period of economic growth, fuelled by digital technology, which is now trickling down to its beleaguered healthcare systems. Last week’s agreement in Geneva can only accelerate this progress.