Home>African Future>IOM: Climate change a clear driver of African migration
By AT editor - 27 November 2019 at 10:52 pm 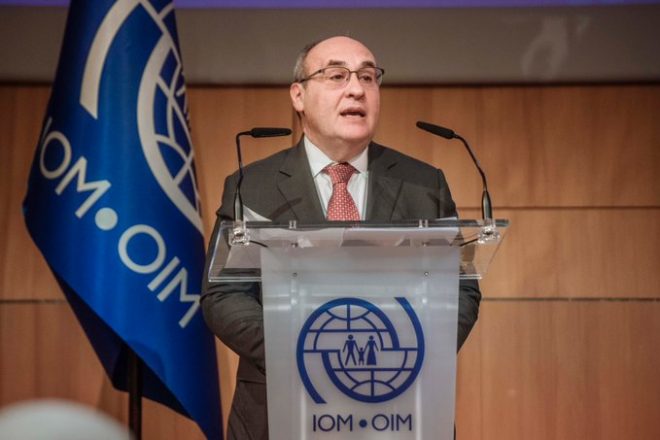 When it comes to migration on the African continent, it is climate change that is among the key drivers, according to the annual World Migration Report released Wednesday by the United Nations migration agency.

Eastern and southern Africa are seeing more disasters and environmental changes, including both drought conditions and extreme flooding that make agricultural livelihoods difficult, said the International Organization for Migration.

“These slow-onset environmental changes have a major impact on food security, given that agriculture is a dominant economic sector,” the report said. “Drought conditions have been responsible for increased malnutrition, food scarcity and increased competition for already limited resources, especially among farmers and pastoralists in the subregion.”

Yet so do storms like cyclones Idai and Kenneth, which devastated Mozambique, Zimbabwe and Malawi earlier this year, leading to the forced displacement of 130,000 people in Mozambique alone.

“At the same time, rapid population growth has led to the intensification of cropping, deforestation and overgrazing, contributing to land degradation,” the report said. At the end of 2018, food insecurity affected more than 3 million people in the Lake Chad Basin – all of which contributes to both migration and regional conflict.

The 500-page report from IOM, available at this link, delivers a comprehensive assessment of migration drivers for Africa and the wider international community.

“IOM has an obligation to demystify the complexity and diversity of human mobility,” said IOM chief António Vitorino during the report launch in Geneva. “As this report shows, we have a continuously growing and improving body of data and information that can help us ‘make better sense’ of the basic features of migration in increasingly uncertain times.”