Home>SECURITY>France, Mali mourn 13 soldiers killed in helicopter crash
By AT editor - 28 November 2019 at 1:05 am 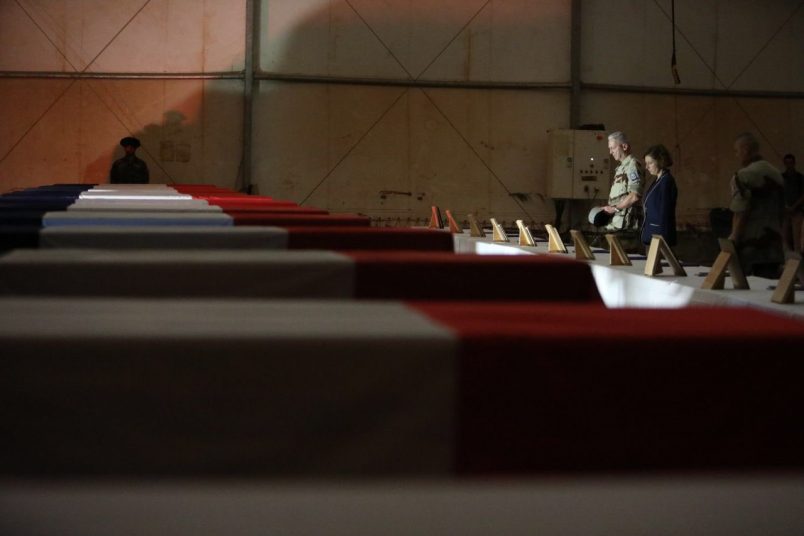 Military leaders and dignitaries traveled from France to Mali on Wednesday to pay tribute to 13 soldiers killed earlier this week in a helicopter collision while supporting anti-terrorism efforts in the Sahel.

The crash happened in the dark as the helicopters flew low over ground operations in the Liptako Gourma region, an area of Mali near the borders with Niger and Burkina Faso. The incident remains under investigation.

Defense minister Florence Parly arrived in Gao with Gen. François Lecointre, the armed forces chief of staff, and Gen.Thierry Burkhard, to attend a memorial held in a chapel at the Gao camp. They were greeted by French and Malian leaders who shared their grief over the loss.

Malian President Ibrahim Boubacar Keïta has also offered his condolences. “You have rightly said that these soldiers died for France,” said Keïta in a message to President Emmanuel Macron of France. “I would add that they died for France, for Mali, for the Sahel, for liberty, for humanity.”

Keïta and his government are struggling to control the rise of armed extremist attacks in Mali, which is part of a five-nation force meant to fight alongside French soldiers serving with Operation Barkhane. The French military has been present in the Sahel since 2013.

The thirteen included the son of Jean-Marie Bockel, the former Secretary of State for France’s Armed Forces. That personal loss – one soldier lost among the largest group for the French military in decades – was noted by his successor, Geneviève Darrieussecq, in an address before the Senate in Paris.