Home>SECURITY>Mozambique's Nyusi warns of extremist recruiters as US, EU urge vigilance
By AT editor - 28 November 2019 at 11:57 pm 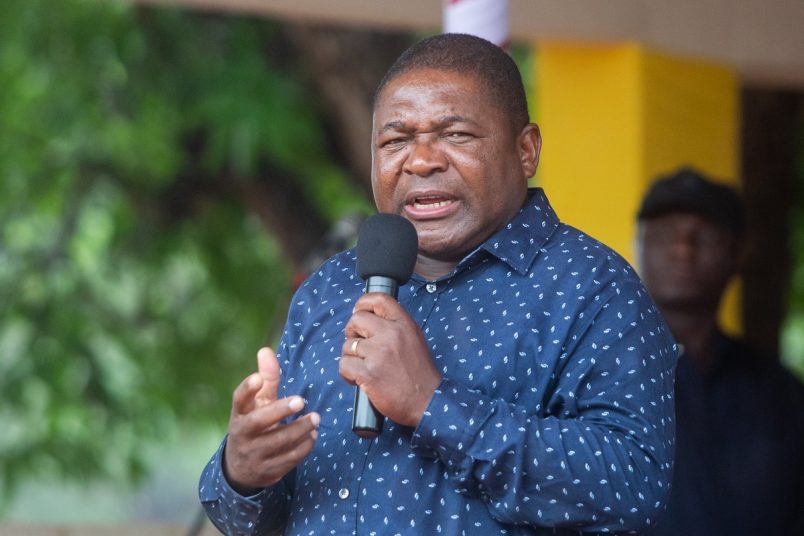 President Filipe Nyusi of Mozambique issued a warning Saturday for youth living in the country’s Zambezia region, where armed extremists – some claiming Islamic State affiliation – have been recruiting fighters from the population.

“Those who kill can be killed,” said Nyusi, speaking at a rally for Maganja da Costa and Alto Molócuè in the north-central district. He said members of the armed groups, active since 2017 in a region fraught with conflict, are tricking young people into participating in terror attacks in Cabo Delgado, as well as Sofala and Manica provinces.

“They are deceiving you,” he said, urging youth to stay the course with work and positive development activities rather than heed promises from extremist recruiters.

Even as Nyusi spoke, though, Lusa news agency reported another round of violence had come to the Cabo Delgado community of Tingina, where unknown actors destroyed homes and vehicles.

The United States government issued an updated travel warning on Wednesday, urging caution if considering travel in the region because of threats of attack, kidnapping for ransom and other violence. Special concern was noted in the districts of Mocimboa da Praia, Nangade, Palma, Macomia, Ibo, Ancuabe, and Quissanga.

Meanwhile, the European Union ambassador in Mozambique called for a coordinated international approach to dealing with the crisis. António Sánchez-Benetido Gaspar, speaking at a South African security conference Thursday, expressed fear of an extremist spread across borders in the region.

“We do not have forty years at our disposal for actions that do not produce results. We have to find solutions to mitigate this problem in the next five years,” he told Deutsche Welle. “It is necessary to consider new methods to address not only the causes of this phenomenon, but also its possible evolution and the rapid changes that occur due to digitization and technology, among others.”

His remarks came during a meeting organized by the European Union Institute of Security Studies, along with African partners including the the African Centre for the Constructive Resolution of Disputes (ACCORD) based in Durban.