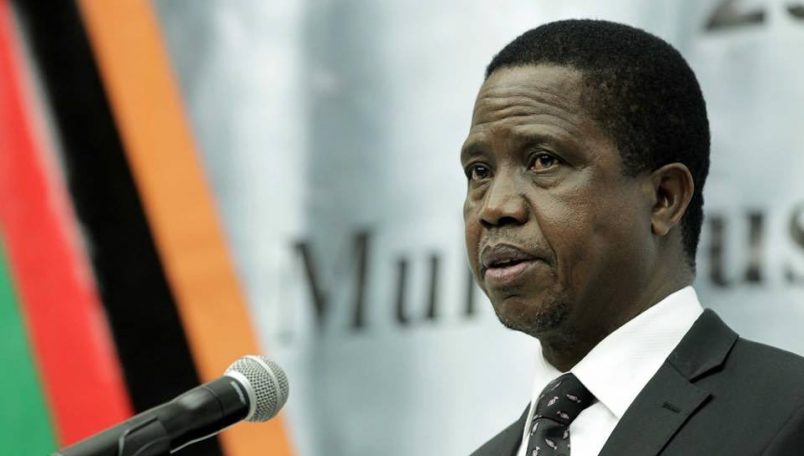 Opponents of a bill to amend Zambia’s constitution were dealt another setback on Friday, as the country’s Constitutional Court ruled against a legal team hoping to interrupt a process many believe is meant to consolidate power for President Edgar Lungu and his ruling Patriotic Front (PF) party.

The court ruled by a 6-1 majority to dismiss a petition brought by the Law Association of Zambia (LAZ) and the Chapter One Foundation, saying it has no jurisdiction over a legislative bill that remains in deliberations in the country’s parliament. That bill, known in Zambia as “Bill 10,” would change how the parliament, justice system and central bank would be controlled.

It also would add language “to reaffirm the Christian character of Zambia,” a feature that drew significant media attention when first introduced – but for many Zambians, that controversy overshadowed the substantive concerns of more sweeping changes to the government structure and democracy itself.

They include changes to the country’s electoral system, increased presidential powers to nominate government ministers and court justices, and the introduction of deputy ministers. Control over monetary policies would shift away from the central bank to government offices.

While Bill 10 remains in the legislature – its status the ostensible grounds for the Constitutional Court’s lack of jurisdiction – opponents fear that the Patriotic Front will greenlight the changes in support of Lungu. If it reaches the floor, it will need to pass by a two-thirds majority in the PF-dominated parliament.

“I’m disappointed by the ConCourt ruling to allow for Bill 10 to proceed for debate and possible enactment by the house,” said Hakainde Hichilema, the frequently-detained head of the opposition United Party for National Development (UPND). “Our democracy is on the verge of collapse, in favor of a corrupt and visionless regime intent on holding on to power. We must vigorously fight it!”

Hichilema lamented the loss of a Zambia that once was a “beacon of democracy” and blamed the PF for the country’s shifts toward authoritarian rule. Lungu, who came to power in January 2015 after the death of Michael Sata, has routinely harassed, suspended or detained opposition members, and in 2017 temporarily declared a general state of emergency to maintain control.

Journalists and news outlets are silenced, as well as private citizens sharing critical posts on social media. The LAZ, which helped file the challenge before the Constitutional Court, was itself targeted last year, with at least one member of parliament proposing a bill to abolish the organization. In September, the Africa Center for Strategic Studies urged protection of independent institutions in Zambia in order to curb pressure and attacks from those in power.

The courts ruled in December 2018 that Lungu could seek a third term under Zambia’s constitution because he did not serve a full term when following Sata; he narrowly defeated Hichilema in the first election in 2016, deepening the rift between the rival visions for Zambia and its struggling economy.

“The 2016 polls were marred by election-related violence between PF and UPND supporters, restrictions on opposition-aligned media, misuse of public resources by the ruling PF, and the use of the Public Order Act to restrict opposition rallies,” said Freedom House in its 2019 assessment. “While expressing serious concern over these issues, international election monitors deemed the results of the election credible.”

Lungu is now facing a new presidential election in 2021 and the PF was quick to attack critics of Bill 10 and the court decision, whose next recourse is appealing to MPs to block the constitutional reforms in parliament.

“You were supposed to be part of a legally upright process of the Constitution Amendment Bill No. 10,” said the PF on Saturday, countering activist Laura Miti’s hopes to sway MPs. “Now that your shortcut route has failed, you want to arm-twist the same MPs you’ve been insulting. It doesn’t work like that.”

The PF balancing act over Lungu

Yet the PF party has appeared to splinter into factions over Lungu too. Zambian expert Sishuwa Sishuwa, writing for African Arguments earlier this month, noted that Lungu – speaking at his first press conference in four years – is ready to run but there are now two camps in the ruling party.

One side remains loyal to Lungu, at least insofar as it protects their own opportunities and shields them from potential accountability in cases where corruption and prosecution are likely. The other faction fears Lungu is no longer a strong candidate as the country suffers through drought, extensive power cutoffs and other frustrations.

The pro-Lungu faction has put forward the constitutional amendment bill, Sishuwa said, because it fears legal challenges to Lungu’s eligibility, but it also wants a delayed process with time to garner support while fending off the breakaway PF faction. In the end, the latter may well form a new party to challenge Lungu.

While Friday’s development returns the bill to the MPs, it won’t return confidence in the government or the electoral process in a Zambia with ever-deepening divisions. That’s cause for concern in the coming year as candidates gear up for their campaigns, and their followers face off in a tense environment – some of them within their own party.