Home>News>International aid arrives as Djibouti cleans up from floods
By Laureen Fagan - 30 November 2019 at 1:36 pm 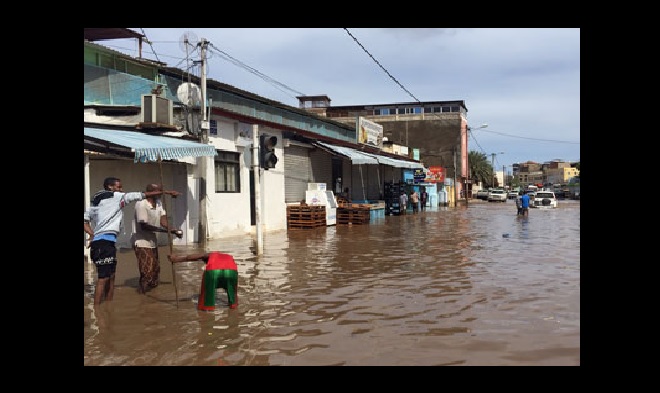 Japan and the European Union are among those supporting Djibouti after severe flooding hit the Horn of Africa nation, affecting some 250,000 people according to latest numbers from the EU.

The United Nations office in Djibouti said the equivalent of two years of rainfall fell in a single day last week, with at least nine people killed – most of them children – in Djibouti City. The country’s disaster management agency said it continues to work with partners to address health risks and deliver humanitarian aid.

“Despite substantial decreases of the rainfall, and while water pumping operations managed to considerably reduce stagnant water, in some areas of the city the water is resurfacing,” the UN said Thursday. “The Ministry of Interior, the national road agency, the hydraulic department and FAO are investigating the cause of this phenomenon and finding solutions.”

Schools, roads and other infrastructure are damaged, with assessments ongoing even as more rain was forecast through today.

The EU is sending support from France, while Japan also has agreed to send blankets, sleeping mats and other emergency relief goods through its Japan International Cooperation Agency (JICA).