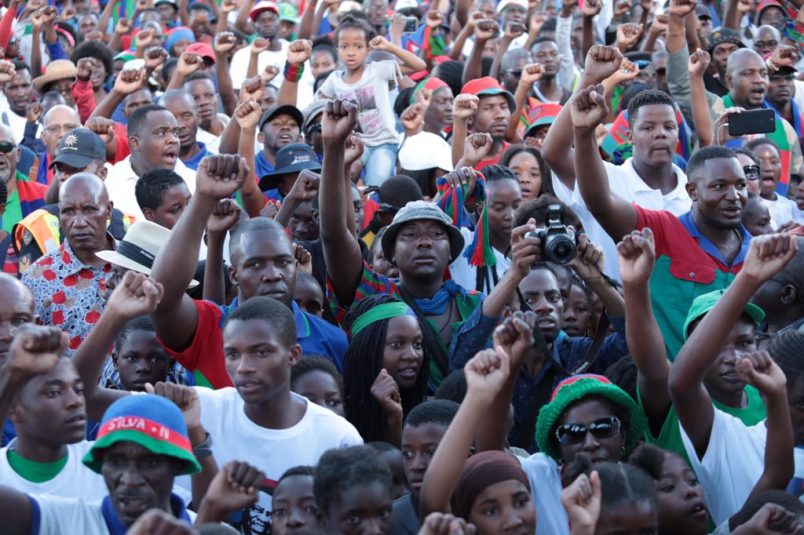 President Hage Geingob is claiming victory in this week’s election in Namibia, but opposition leaders already say they’re challenging the outcome and the country’s Electoral Commission of Namibia (ECN).

Geingob was holding a strong lead late Saturday as the ECN updated voting results. With more than 90 percent of the southern African nation’s constituencies counted, his ruling South West Africa People’s Organization (SWAPO) party commanded 65.2 percent of the vote. His nearest challenger, independent Panduleni Itula, had 16.6 percent of votes cast while the third-place candidate, Bernardus Swartbooi of the Landless People’s Movement (LPM) was at 5 percent.

While the numbers are clearly in Geingob’s favor, his acceptance message didn’t go over well with some Namibians who are still waiting for full results – no matter how standard his remarks. They include Itula, who promised his supporters the process would be investigated.

“All your grievances are duly noted (and) we will restore your faith in this election process for three things cannot be long hidden: the sun, the moon and the truth,” Itula said. On Saturday, he filed a formal challenge over election discrepancies and called for a suspension of any results announcement.

The ECN refused to take questions during a press briefing on the results, according to local media outlet The Namibian, but an official said any manipulation of results or fraud was impossible during recorded remarks apart from the official conference.

The ECN was under fire for delays in reporting preliminary results, which have now contributed to suspicions about the validity of the reporting.

“The ECN experienced unexpected connectivity challenges in certain constituencies relating to the transmission of election results,” said the Electoral Commission of Namibia (ECN) in a statement. Those affected came from parts of Windhoek and six other regions, while an analysis from The Namibian suggested a loss of support for incumbent President Hage Geingob was likely in urban areas.

The incumbent received 92.5 percent of the vote during 2014 elections, but Namibians are turning to alternatives in this election, which featured 11 candidates. Most of them have attracted less than 2 percent of the tally each, though at least one also plans to dispute the election outcome.

The process has been mostly peaceful, with a number of African Union and Southern African Development Community observers on hand. The SADC, which sent 53 observers from eight member nations, said during a press conference Friday that at least one demonstration was shut down by police using tear gas.