Home>News>Storm Pawan heads toward Somalia coast
By AT editor - 5 December 2019 at 9:14 pm 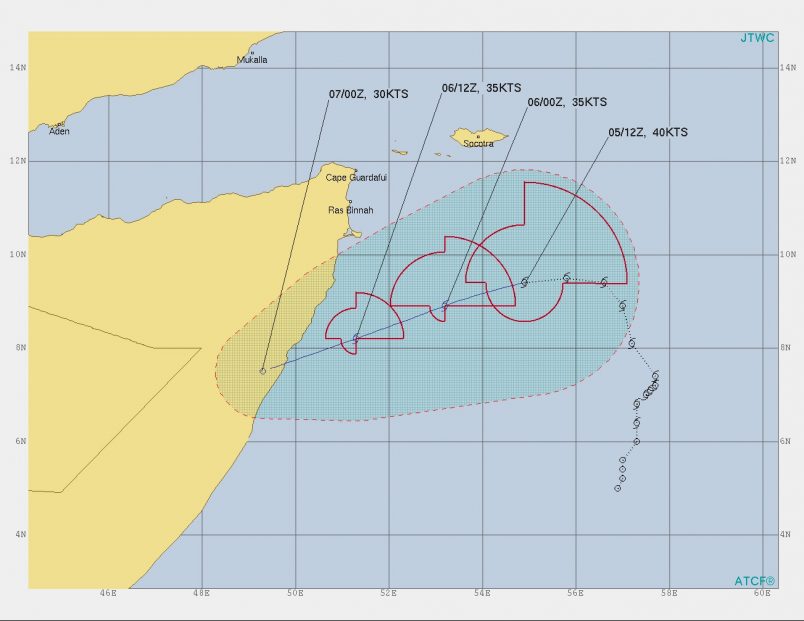 It’s not a powerful storm, but Cyclone Pawan – now forecast to make landfall in Somalia – continues to churn toward the coast in a region already hard-hit this year by storms and flooding.

The storm, located about 360 kilometers south-southeast of Socotra Island on Thursday, was moving west at 22 kilometers per hour, according to Indian officials responsible for tracking storms in the Indian Ocean. While it was not expected to bring severe winds or rain, it is arriving as Horn of Africa nations continue to recover from previous storms. Flooding is possible in Mudug, Nugaal, Bari and Sanaag.

An outlook issued by the United Nations Food and Agricultural Organization said heavy rains also are likely into next week in the Juba and Shabelle river basins.

Flooding has affected more than a half-million people in Somalia since October, with wider impacts across eastern Africa this year. To the north in Djibouti, more than a quarter of the country’s population was affected by a late-November deluge, with 150,000 people still needing assistance, the UN said in a new update.

To the south, Reuters reported Thursday that landslides in Burundi claimed 26 lives, with 10 people still missing.