Home>African Future>Denied visas for COP25, Congolese activists to speak from Kinshasa
By AT editor - 7 December 2019 at 3:16 am 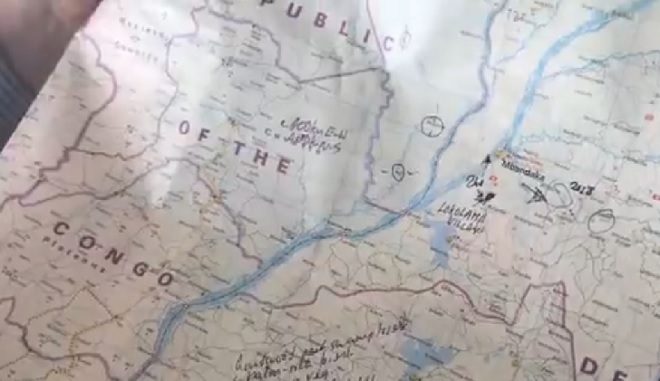 Greenpeace Africa, alongside a coalition of groups from central African neighbors Democratic Republic of Congo and Congo Brazzaville, says it is promoting climate action from Kinshasa instead of COP25 in Madrid because eight delegates were denied timely visas.

The annual climate conference is hosted in Spain this year instead of Chile, following a last-minute change because of civil unrest in the South American nation. That meant travel changes for conference participants including prominent activist Greta Thunberg, who had to sail back across the Atlantic Ocean instead of continuing her travels from the North American continent to the south.

Julien Mathe, coordinator of the NGO GASHE (Groupe d’Action pour Sauver l’Homme et son Environnement), wasn’t so fortunate as Thunberg, who arrived in Madrid on Friday. The eight Africans won’t be there at all.

“Instead of barring civil society from speaking out, the global leaders who have failed to address the climate crisis must listen to the communities that are threatened by it,” Mathe said. He and the wider coalition are calling for an immediate end to all oil exploration, logging and industrial agriculture in environmentally sensitive peatlands but will be presenting their paper in Kinshasa on Tuesday instead.

“Peatlands are thousands-year-old wetlands that store huge amounts of carbon,” said Dr. Raoul Monsembula of Greenpeace Africa.  “The world’s largest peatland complex straddles the border between the two Congos and 75 percent of it is covered by oil blocks.” They include those blocks awarded by the former Kabila regime in DR Congo, according to the climate activists.

Monsembula said it made no sense for African leaders concerned about the potential “carbon bomb” of industrial activity in peatlands to be sidelined from global discussions on emissions at Madrid.

“The science and local communities are both clear: peatlands must be a no-go zone for industrial activity,” Mathe added. “It is the minimum step the international community and Congo basin governments must take to address the climate crisis.”