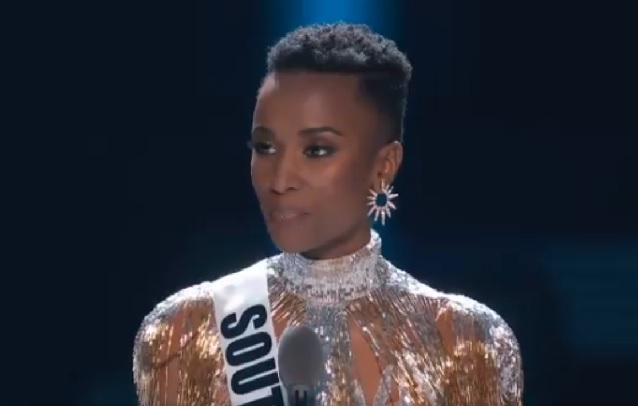 Zozibini Tunzi was named Miss Universe 2019 during this year’s pageant, held in the United States on Sunday night.

Tunzi, 26, of Tsolo, received the crown after she became a finalist alongside Sofía Aragón, the third-place winner from Mexico, and runner-up Madison Anderson, representing Puerto Rico.

Tunzi, an activist working to end gender-based violence and stereotypes, offered a powerful message during her final remarks.

“I grew up in a world where a woman who looks like me, with my kind of skin and my kind of hair was never considered to be beautiful, and I think that it is time that that stops today,” she said. “I want children to look at me and see my face and I want them to see their faces reflected in mine.”

After winning the pageant, though, Tunzi was able to celebrate the moment with other contestants. Asked how she feels, her answer was both short and honest: “I don’t know.”