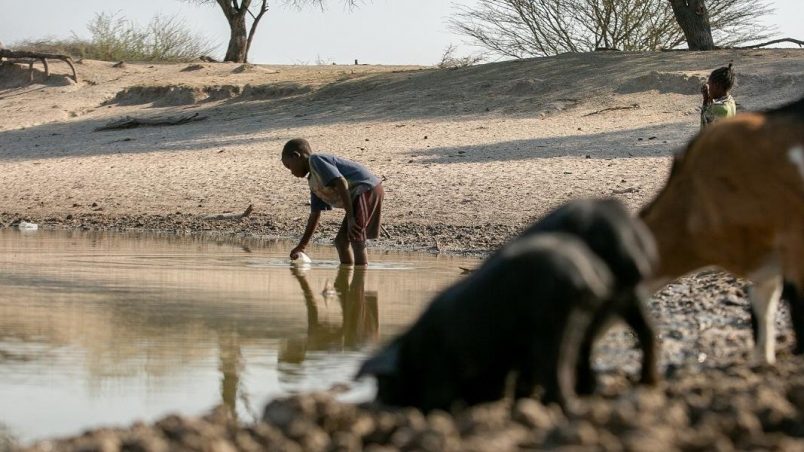 Aid workers in Angola are appealing for help in the country’s south, where they say climate change is causing a crisis for up to 2.3 million people.

Paolo Balladelli of the United Nations said that’s how many people were affected at the height of this year’s drought. “Temperatures in 2019 were the highest in 45 years and drought is driving increasing hunger and malnutrition, especially in Cunene, Huíla, Bié and Namibe provinces,” Balladelli said.

His remarks came during a recent visit alongside other humanitarian agency representatives, including the World Health Organization, UN Development Program and the Food and Agricultural Organization.

At least 80 percent of the people in Cunene, along the border with drought-stricken Namibia, need support. “In Caculuvale, I heard heartbreaking stories from families who are struggling to survive and met with children suffering from severe acute malnutrition,” said Gemma Connell of UN humanitarian agency UNOCHA. “I was told by doctors that these are the highest rates of admission they have seen in many years.”

Women have to walk longer distances to bring home food and water, while children are leaving school to help their families. “The girls to support their mothers, and the boys to go with their fathers to find pasture,” Connell added.

The agency leaders are working with the Angolan government to provide resources and support, but that’s a short-term solution.  “As we strive to save and sustain lives and livelihoods in the immediate-term, it is imperative that we also invest in building communities’ resilience to face shocks in the future,” said Balladelli.