Home>Commentary>On the eve of Algerian elections, no one appears the winner
By Laureen Fagan - 10 December 2019 at 10:17 pm 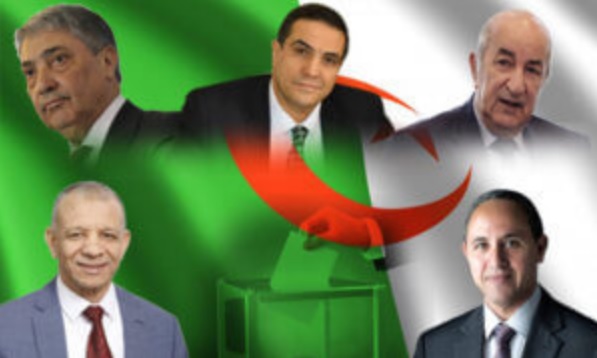 Algerians are headed to the polls on Thursday for a presidential election postponed since April 18, but after a long year of heady highs and disappointing lows, in the end there are real questions about who will even be participating – and worse, how the country will recover from yet more disillusionment.

Algeria’s ostensibly independent electoral commission, which most opposition leaders and pro-democracy activists view as anything but, approved five of 23 proposed candidates to replace former president Abdelaziz Bouteflika after he was forced from office by protests that began in February.

The Bouteflika departure was an opposition victory, to be sure. Yet those protests never stopped and, much like in Sudan, evolved from public outcry on a single issue – in this case, opposition to a fifth term for the octogenarian Bouteflika – into a broader call for public reforms. Now opposition leaders are calling for boycotts of an electoral process they reject.

The five candidates include former prime ministers Ali Benflis and Abdelmadjid Tebboune, alongside Azzedine Mihoubi, Abdelkader Ben Grina and Abdelaziz Belaid, all of whom are connected in some way to the 20-year tenure of Bouteflika and his ruling National Liberation Front (FLN) party. Their campaign experience has been described as humiliating by more than one observer, even for Benflis and Tebboune, who are considered to be the front-runners.

But Algeria’s opposition movement wants a clean break from the past. Some protesters have wanted the election postponed again at the eleventh hour because none of the approved candidates are distanced enough from Bouteflika, the “usual suspects” of the FLN, or the military leaders who have always brokered power in Algeria. Despite the increasing tensions under interim leader and Bouteflika stalwart Abdelkader Bensalah, the election will go on.

‘The show must go on’

Algerian officials appealed on Tuesday for the country’s 24.5 million voters to participate nonetheless, with the National Independent Authority of the Elections (ANIE) saying it has a half-million election supervisors at the ready. That’s done little to assure many Algerians or the wider international community of transparency, or inspire confidence in a free, fair and credibly chosen new president.

In fact, Bensalah, speaking a few weeks ago, condemned “foreign interference” in Algeria’s electoral process and insisted it was the likely cause of political opposition activities, many of which are now under the banner of a “hirak” movement similar to that seen in Morocco and Tunisia.

“Whoever the instigators and whatever their intentions, often, if not always, (they are) using human rights as an excuse, an argument that is most of the time diabolically politicized,” Bensalah said. “Our partners should show respect for Algeria and its institutions, as it is up to the Algerian people, and only the Algerian people, to choose, in all sovereignty and with full guarantees of transparency, the presidential candidate they wish to give the legitimacy to run the country.”

Military leader Gen. Gaid Salah has echoed the foreign-interference allegation, but ANIE chief Mohamed Charfi, speaking on Monday, essentially contradicted them when reassuring Algerians that the newly chosen president will be able to “unite the forces” behind the hirak movement – a statement that inherently concedes that it is, of course, Algerians themselves who want change.

The government is issuing a flurry of last-minute promises that the military structure Algerians have known all their lives remains a positive force for its citizens, with spokesman Hassane Rabehi adding that Algeria remains committed to peace, respect for diversity and “the preservation of human rights.”

Crackdowns against the opposition

To the contrary, observers report harassment and detentions have increased in the run-up to Thursday’s election, suggesting that it is not “up to the Algerian people” in a fully democratic sense. International NGO Human Rights Watch warned at the weekend of a crackdown against protesters and opposition leaders.

At least two dozen people have been arrested in recent weeks – eight of them are already convicted and sentenced – on charges of promoting unauthorized gatherings, distributing materials or compromising national integrity. Other estimates put the toll at more than 300 such arrests since the campaigning began.

“The Hirak protesters maintain that Bouteflika-era figures have no legitimacy to organize the elections on their own or call for a more inclusive process to prepare for the vote,” said HRW. Among those arrested was a leader of the watchdog group National Association against Corruption, a key issue for Algerians, yet at the same time the nation’s courts just sentenced two former officials allied with Bouteflika on corruption charges.

So there is nothing about the patterns of arrest and interference that compels Algerians to believe in the process.

“If there is one thing that Algerians have learned through almost 60 years of military authoritarianism, it is that they should not trust the regime’s promises,” said analyst Francisco Serrano, writing for Foreign Policy in October. “If army rulers were indeed supportive of a real change in Algeria, they wouldn’t have felt the need to arrest opposition figures and peaceful demonstrators over the past several months.”

With the opening of polling stations just hours away, there doesn’t appear to be a winner anywhere in Algeria. That’s true for whoever ultimately becomes president but is seen as illegitimate; it’s true for the military leaders and the FLN, as well as Bouteflika himself, who are forfeiting an opportunity to move Algeria forward at a rare moment of transition. Above all, it’s true for Algerians who are hoping for a future that looks different from the past.