Home>SECURITY>UN chief warns of global risks leading to genocide
By AT editor - 10 December 2019 at 4:01 am 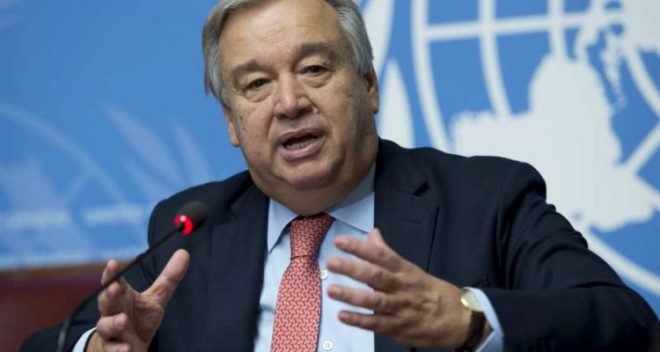 United Nations Secretary General António Guterres honored on Monday the International Day of Commemoration and Dignity of the Victims of the Crime of Genocide, with remarks that urged early intervention at the first warning signs of the threat.

“Across the world, we are seeing an alarming surge in xenophobia, racism, anti‑Semitism, anti‑Muslim hatred and attacks against Christians, often fed by nationalist and populist ideologies,” Guterres said.

“It is important on this day to recognize that the Holocaust did not start with the gas chambers, nor did the genocides in Rwanda, Srebrenica or Cambodia start with mass killings,” he added. “They were all preceded by discrimination, hate speech, incitement to violence and the dehumanization of ‘the other.’”

In fact, the world has too often failed when populations face crimes against humanity, war crimes and ethnic cleansing.  “The examples are many, and we know them well, but they remain a scourge, even today, causing great suffering,” Guterres added. “And the devastating impact on the victims, communities and society as a whole can take generations to overcome and heal.”

Guterres said when we see people becoming targets merely because of who they are, we must act to protect them. “By promoting a culture of peace and nonviolence that includes respect for diversity and non‑discrimination, we can build societies that are resilient to the risk of genocide,” he said.

Religious leaders, media outlets, teachers and others all play a role in promoting such societies.