Home>Commentary>African players on the up in Premier League
By AT editor - 11 December 2019 at 2:28 pm 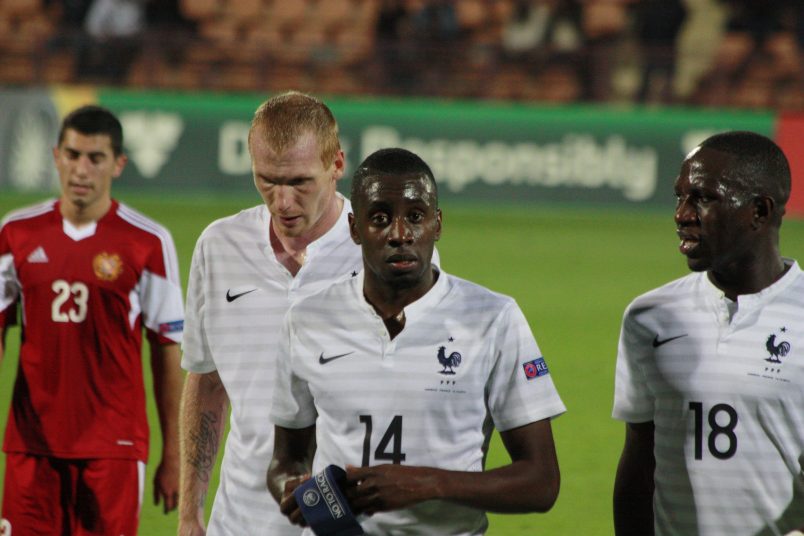 Tottenham Hotspur manager Jose Mourinho has spoken out over his appreciation for French midfielder Moussa Sissoko, indicating that he would like to afford him more freedom in an advanced attacking role in future games. Sissoko had been used primarily as a positional midfielder by previous manager Mauricio Pochettino, but after a sub-par showing in the midweek match against Manchester United last week, Mourinho is keen for Sissoko to kick on and prove his attacking worth to the team.

Sissoko’s recent troubles should not obscure the fact that he has become an integral cog in the Spurs machine over the last two seasons. Of Malian descent, Sissoko is one of an ever-growing pool of players with African roots to make headlines in the Premier League. Indeed, last season’s Golden Boot was shared by Senegal’s Sadio Mané, Egypt’s Mohamed Salah, and Franco-Gabonese forward Pierre-Emerick Aubameyang.

Sissoko signed for Spurs in 2016 after his agent Bakari Sanogo managed to capitalize on Everton’s reversal, for a then joint club record fee of £30 million. The price tag came about on the back of a stellar performance in France’s winning Euro 2016 campaign, but brought with it heady expectations, which were not initially met as he was working towards finding his place in the team. However, perseverance from the midfielder, precipitated by unwavering faith in his ability from Sanogo, has seen him turn things right around.

That Sissoko often finds himself among the first names on the team sheet, with his physicality, pace and power key attributes in the all-important midfield battleground, shows that Bakari Sanogo had the right hunch that Sissoko would do well in the team. Even so, while Pochettino often deployed those skills in the engine room of his team, Mourinho has a different vision for Sissoko’s future. He wants to play him further up the pitch it appears to be an approach which is paying dividends, with Sissoko scoring two goals in his last three outings.

Sissoko is far from the only player of African descent flourishing in the Premiership right now. League leaders Liverpool are sitting pretty eight points clear at the top and their success has been underpinned by the contributions of Sadio Mané and Mohamed Salah, who have nine and seven goals apiece and hail from Senegal and Egypt, respectively. Indeed, the pair were “forced” to share last year’s Golden Boot with Arsenal Pierre-Emerick Aubameyang, with the Gabonese matching their 22 goals in the competition.

Liverpool’s strengths are accentuated by the African spine of the team – Naby Keïta from Guinea and Joël Matip of Cameroonian descent have both come into their own this season – while their nearest challengers all benefit from an African influence as well. Leicester have seen the best out of Nigerians Wilfred Ndidi and Kelechi Iheanacho in 2019, while Manchester City broke their transfer record in 2018 to sign Franco-Algerian Riyadh Mahrez from Leicester for £60 million. Mahrez was the first African player to pick up the PFA gong in 2016, though Salah would repeat the trick two years later.

Despite the success of players of African descent, the continent is still found wanting on developing the infrastructure to scout, support and develop promising talents. This is the main reason why talent scouts from Europe do their best to lure away the most capable players as early as possible, leaving up to European clubs to provide them with the training and the environment to flourish.

While many African players moved between Europe’s top leagues this January, not a single one came directly from the continent. FIFA regulations that were intended to prioritise fair treatment may have exacerbated this to some extent, but there is an onus on the top clubs to shoulder the burden of responsibility as well.

The Premier League is often lauded as the most exciting and competitive football competition in the world. Over the last couple of decades, players like Nwankwo Kanu, Didier Drogba and Yaya Touré have brought excitement and flair to the English top flight, while Mahrez, Salah, Mané and Aubameyang continue to carry the African flame today. Their ongoing contributions deserve an equal effort on the part of clubs to formalise the recruitment process, build up new talent and recompense the countries and clubs which made them the players they are today.