Home>Politics & Policy>Algeria's Tebboune follows win with appeals to opposition
By Laureen Fagan - 15 December 2019 at 6:58 am 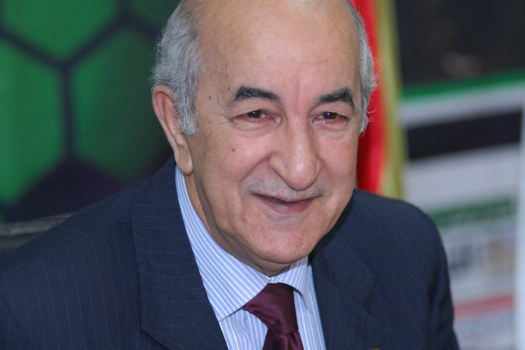 With Abdelmadjid Tebboune winning the election in Algeria, the new president was quick to pivot toward the opposition with promises of meaningful constitutional reforms, and a national dialogue to move the nation beyond its political crisis.

Tebboune made the overtures following Thursday’s elections, which saw him claim 58.2 percent of the vote, according to preliminary results from the National Independent Authority of the Elections (ANIE). His nearest competitor, Abdelkader Ben Grina, received 17.4 percent while Ali Benflis had 10.6 percent.

The Algerian Press Service said Tebboune campaigned on a promise to cooperate with the protest movement in Algeria, which began in February to demand the departure of President Abdelaziz Bouteflika. The aging Bouteflika served as president for 20 years, suffering a stroke in 2013 that kept him out of the public eye, and the protests began when he planned to seek a fifth term.

Those protests evolved into the “hirak” movement, with millions marching each week to press for democratic and economic reforms. Tebboune hopes he can lead the nation through the transition, although many opposition figures reject the former prime minister who ran as an independent candidate but served with Bouteflika and the ruling National Liberation Front (FLN) party.

Tebboune says Algeria will be rebuilt with the youth as it strength, and wants to bring corruption in the administration and the military elite under control. He also hopes to advance economic policies that boost growth and reduce unemployment, improve housing and access to health care, and protect pension programs.