Home>African Future>AfDB: Despite COP25 failure, Africa must press forward on climate
By AT editor - 17 December 2019 at 4:55 am 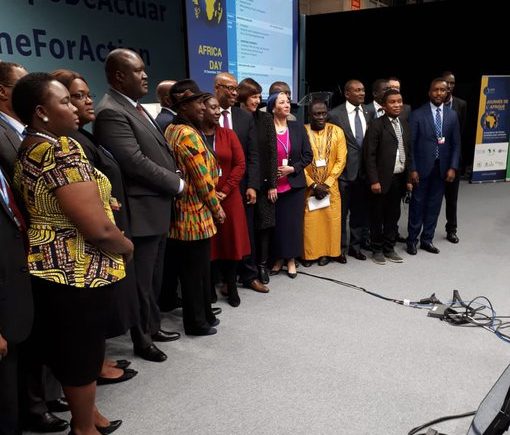 The African Development Bank is among the entities and climate advocacy groups on the continent to express disappointment at the essential failure of the COP25 talks in Madrid, which – despite lasting an extra two days – ended with no meaningful commitments from wealthy nations to act on carbon emissions and the climate threat.

“The African Development Bank has urged the continent’s nations to stay the course on climate action,” said AfDB in a statement released Monday. It further noted that at home, where Africans are enduring catastrophic floods in the east and devastating droughts in the south, the climate consequences are all too real.

African governments are spending 2 percent of their GDP on climate-related disasters, and they are already affected by climate extremes that should galvanize their will, said AfDB climate director Anthony Nyong. Just three of 54 African countries have failed to ratify their Nationally Determined Contributions (NDCs) under the 2015 Paris Agreement, while developed nations including the United States and Australia have balked at the levels and timelines for lowering their carbon emissions.

“The global community, and in particular Africa has a lot to offer in terms of solutions; what is evidently lacking is the global political will to turn potential into wealth to serve humanity and the planet,” said Nyong.

At the outset of the Madrid talks, Augustine Njamnshi, the coordinator for the African Coalition for Sustainable Energy and Access (ACSEA), called on the developed world to address the special needs of Africans. The continent, according to scientists, is likely to see temperature rises that exceed those in other parts of the globe.

“Africa’s even warming faster than we thought,” he said during a panel discussion organized by the Pan African Climate Justice Alliance. That’s why, at COP24 in Poland last year, the African group of negotiators pressed for the continent’s special needs to be considered.