Home>ENERGY & COMMODITIES>Apple, Tesla among tech firms sued over DRC cobalt mine abuses
By AT editor - 17 December 2019 at 6:37 am 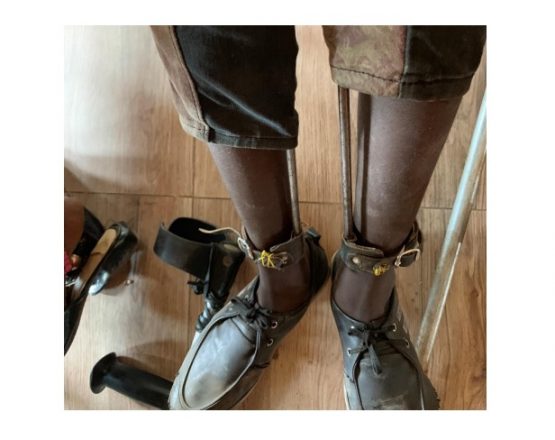 Some of the world’s leading tech companies have been named in a lawsuit filed on behalf of children or their survivors who were killed or injured working in cobalt mines in the Democratic Republic of Congo.

The suit was filed in a United States federal court by International Rights Advocates, a human rights NGO emphasizing corporate responsibility – in this case, listing Apple, Google-linked Alphabet, Dell, Microsoft and Tesla in their complaint.

The DR Congo has the world’s largest deposits of cobalt, and the tech industry’s exploding demand has driven the need for more resources to make computers, phones and the lithium-ion batteries used in electric vehicles. Congolese children work in cobalt mines under dangerous conditions for low pay. The 14 children listed in the class-action suit all were maimed or killed in mine tunnel and wall collapses.

“Plaintiffs have evidence that these companies in particular aided and abetted the mines that abused and profited from forcing Plaintiffs and other children to mine cobalt under conditions that led to their deaths or serious, crippling injuries,” the legal brief said. “Plaintiffs’ research team is continuing to investigate other tech and car companies and expects to add additional companies to the lawsuit.”

Dr. Roger-Claude Liwanga, a Congolese law professor in the U.S., is serving on the plaintiffs’ legal team.

“This is the beginning of the end of impunity for those who have been economically benefiting from child labor in the DRC’s mining industry,” said Liwanga. “DRC children also have an inherent and inalienable right to be protected from economic exploitation.”

The complaint begins by sketching a connection between the exploitation of the colonial era, the corruption that followed under successive Congolese leaders, and the tech industries in a new era – a continuum in which mineral resources benefit global giants and African elites, but not the country’s citizens.

“In succession, Mobutu Sese Seko, Laurent-Désiré Kabila and Joseph Kabila each stole more than the last while the people of the DRC lived in extreme poverty,” said the IRAdvocates court filing. “The modern tech boom brought on a new wave of brutal exploitation to the people of the DRC.”

The Kabila family has long been linked to the DR Congo’s extractive industries, and in particular the cobalt mines. Joseph Kabila, who was president for 18 years before conceding in a bloody two-year standoff over elections, has been the subject of numerous investigations into cobalt and other mine holdings.

A July 2017 report from the Congo Research Group was among projects that documented links between Kabila and his family members, drawing responses from mining companies seeking to clarify the business relationship or distance themselves from the former president.

Last year, a report on cobalt, corruption and the DR Congo from the Enough Project targeted mining entity Gécamines and noted the corruption in the Congo extended beyond its borders to other financial backers and mining companies abroad. Key Congolese official and Kabila ally Albert Yuma-Mulimbi, speaking as chairman of state-owned Gécamines, called the allegations lies and issued a 60-page report to refute the NGO claims.

Yet similar reports come from NGOs including Global Witness and the Carter Center in the U.S., as well as investigative journalists at Bloomberg and other media outlets who have demonstrated links between the mining concerns and Kabila. He remains a powerful Common Front for Congo party leader in a tenuous alliance with President Felix Tshisekedi, who replaced him despite Congolese opposition and international rejection of the legitimacy of the December 2018 election.

The human rights concerns over DR Congo’s cobalt extend beyond Kabila family ties and those of the ruling elites. Earlier this year, Amnesty International staffers attended the Nordic Electric Vehicle (EV) Summit in Oslo, Norway, to warn of the long-term damage to communities and the climate because of the cobalt mine practices.

“With more than half of the world’s cobalt originating in southern DRC, the chance that the batteries powering electric vehicles are tainted with child labor and other abuses is unacceptably high,” said Amnesty in its March statement.

IRAdvocates made the same point, noting that nearly all of that cobalt comes from the Haut-Katanga and Lualaba provinces in the country’s southeast. It also involves too many desperate children in too many unregulated informal mines, despite a Tshisekedi effort in July to shut down the illegal mining sector by military force.

“The Plaintiffs here are a representative group of children who were forced by extreme poverty to leave school and pursue the only economic option in their region of the DRC – become ‘artisanal’ cobalt miners,” the complaint said.

The Congolese government estimates that 20 percent of the cobalt currently exported comes from these artisanal mines in Katanga alone, where up to 150,000 such miners are working illegally at any given time. Many of them are children, and IRAdvocates attorneys argue that Apple, Tesla and the others “have known for a significant period of time” that the cobalt mining is done by children, who are without legal standing to file for civil damages in their own country.

The named companies declined to issue general statements or comment on the allegations, although a Dell spokeswoman said Tuesday the company has never knowingly accepted child or other forced labor in its supply chains and remains committed to responsible, sustainable sourcing. Apple told CNN it remains “deeply committed to the responsible sourcing of materials that go into our products” and referred to its annual reports which, since 2016, list its sourcing companies to ensure visibility into its cobalt suppliers.

The full court briefing provides details into the allegations attaching to each child death or injury case, and the links to mining or tech companies involved. It is available here.