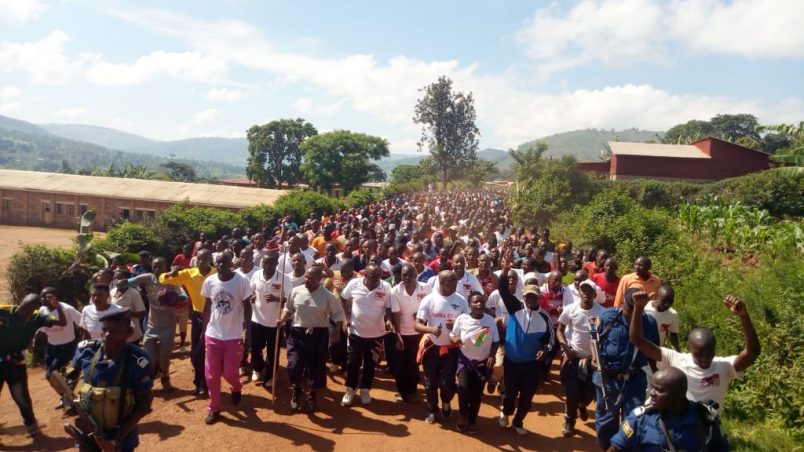 As Burundi works its way toward 2020 elections, there are new reports of threats from the Imbonerakure, the youth wing of the ruling CNDD-FDD party known for its violence toward the political opposition of President Pierre Nkurunziza.

A recent Human Rights Watch report said the Imbonerakure were forcing people to make contributions to support the election beyond what the law allowed – often beating people at roadblocks set up to “collect” from people who had no proof of donation receipts, or denying them basic services.

The 54-page report includes interviews with 51 people who said they were routinely harassed in markets, prevented from collecting water at pump sites, or denied marriage certificates and other administrative services until they paid up. Farmers said Imbonerakure members stole their work tools and their goods, while hospitals and schools denied their services unless there was a “donation.”

The scheme was introduced by the government two years ago, in order to fund the upcoming election, but shopkeepers and others described paying up to 25 times the official amount necessary.

The allegations, denied by the government, are consistent with the repression and political violence that erupted in 2015 when Nkurunziza insisted on running for a third presidential term despite constitutional limits. A 2018 referendum, over which the Imbonerakure also strong-armed the population, allows for seven-year terms that would permit Nkurunziza to continue in office into 2034 if he chooses to run.

“Local authorities and members of the Imbonerakure exercise a terrifying level of control over the movement and basic activities of the population, such as buying food, consulting a doctor or accessing water,” said Lewis Mudge , HRW director for central Africa. “Contribution to the elections opened the door to uncontrolled abuse.”

Foreign minister Ezechiel Nibigira told the United Nations in September that the election process remains on track, but at the same time, UN human rights experts led by Françoise Hampson warned of a “climate of fear” driven largely by the Imbonerakure. It is extremely dangerous to speak out against the regime, and most opposition politicians who have escaped death or imprisonment remain in exile.

“The stifling of such voices is what allows the country to present an illusion of calm,” said panel colleague Lucy Asuagbor of Cameroon, but Hampson noted the calm is rooted in terror.