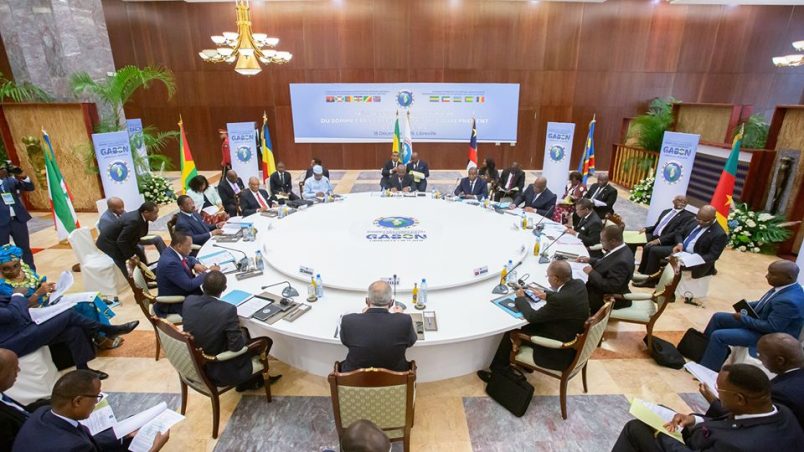 That tide may turn, following the conclusion Wednesday of the ECCAS summit hosted by President Ali Bongo of Gabon. The 11-member ECCAS agreed to reforms designed to jumpstart its regional vision, one that has been frustrated over the years by armed conflict among its members and a lack of funding to achieve its goals. Rwanda, for example, left the organization for eight years to work on its East African Community membership, returning to ECCAS in 2016.

“This summit is centered on the adoption of the fundamental documents of institutional reform, which will allow our community to adapt to the challenges of the day,” said Bongo, who has led the process for the Libreville-based ECCAS for four years.

Those reforms, which include trade policies and the COPAX security council agreement, passed unanimously, Bongo said. ECCAS also promotes shared economic and development goals within the wider vision of a common African market.

Bongo welcomed President Felix Tshisekedi of Democratic Republic of Congo and President Evaristo Carvalho of São Tomé and Príncipe, both of whom were attending an ECCAS summit for the first time.