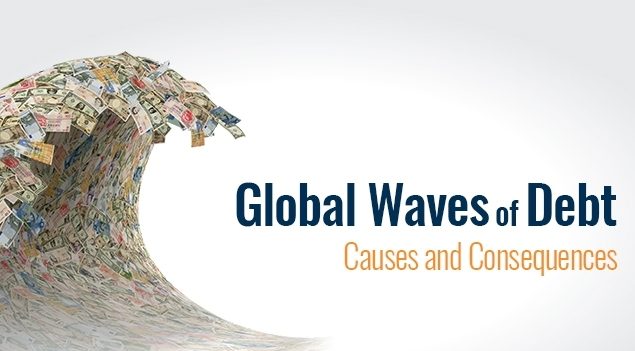 The World Bank warns that the debt level in the world’s emerging and developing economies (EMDEs), much of it on the African continent, rose to US$55 trillion in 2018. That marks an eight-year run that has seen the EMDE nations accumulate debt at the largest and fastest rate in nearly five decades.

“The size, speed, and breadth of the latest debt wave should concern us all,” said World Bank Group President David Malpass. “It underscores why debt management and transparency need to be top priorities for policymakers—so they can increase growth and investment and ensure that the debt they take on contributes to better development outcomes for the people.”

The details are available in the newly released Global Waves of Debt, an analysis of the four major episodes of debt accumulation that have occurred in more than 100 countries since 1970. It found that the debt-to-GDP ratio of developing countries has climbed 54 percentage points to 168 percent since the latest debt buildup began in 2010.

That’s reflected in both government debt and the private sector in nearly all regions of the globe. The report looks at patterns in countries like Nigeria, where the oil-dependent economy is vulnerable because of a lack of diversification, and Central African Republic, one of three African nations with the most debt accumulation episodes across the decades reviewed by the World Bank researchers.