Home>News>DR Congo says black box from presidential plane crash is found
By AT editor - 22 December 2019 at 12:25 am 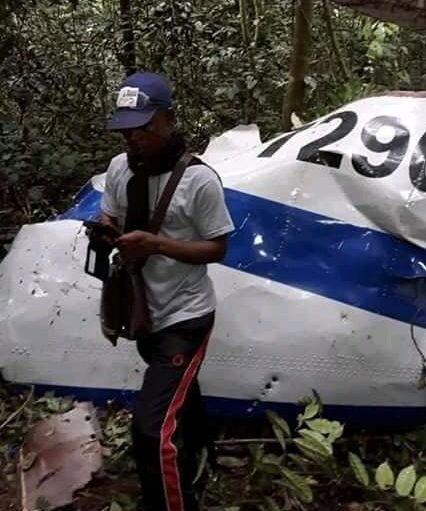 Congolese authorities say they have finally found the black box from the Antonov AN-72 aircraft that crashed in Sankuru province more than two months ago. It is expected to help investigators understand what went wrong with a flight that claimed the lives of eight passengers and the flight crew.

The crash happened in a remote area of the Democratic Republic of Congo after the flight took off from the eastern border city of Goma on October 10. Contact with the flight was lost about one hour later, according to the Congolese Civil Aviation Authority.

On board were aides of President Felix Tshisekedi who traveled separately in support of an official visit to the region, as well as a staff vehicle and other equipment. The aides included Patrick Mukadi, a logistics worker for the president, and his main driver, identified as Maréchal.

The government was never able to find all of the bodies, some of which were buried before rescue crews arrived. It was five days before the search for the plane, assisted by the United Nations mission in DR Congo, was successful.

Last week, Congolese officials confirmed that the remains of five people were found, although they were not identified. The president’s vehicle also was located in the wreckage but the now-located black box was still missing.

Villagers said they heard a loud explosion but never saw the plane, and its fate became a subject of controversy after images of the crash site showed a plane with what appeared to be holes in the exterior. Some protesters took to the streets in anger because they feared the president’s plane was intentionally targeted.

Abraham Luakabuanga, a Tshisekedi spokesman, assured the country of a thorough investigation but until now, the absence of the black-box recorder has hampered progress.