Home>News>Nigerian soldier killed in attack on Goodluck Jonathan's home
By AT editor - 24 December 2019 at 3:16 pm 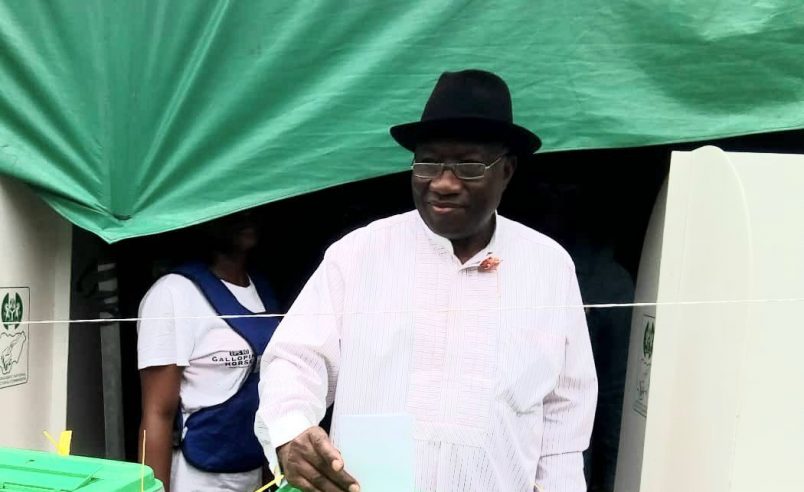 President Muhammadu Buhari on Tuesday called former president Goodluck Jonathan to express his condolences following an attack by armed gunmen at the latter’s residence in the early morning hours.

Nigerian Army guards repelled the attack at about 3 a.m. at the home in Otuoke, in the coastal state of Bayelsa near Port Harcourt. One soldier was killed in the incident, while others were seriously injured.

Jonathan was not at home when the attackers arrived by boat at his waterfront property and was not injured, according to Nigerian media outlet Vanguard. While the motive was believed to be robbery, many Nigerians were angered by what they viewed as an assassination attempt.

In a statement released by the presidency, Buhari said he expressed sadness over the “tragic and unfortunate attack” and praised the soldiers for their courage. He expressed condolences for the family as well as the Nigerian Army over the loss of their comrade.

“President Buhari assured that the protection of the life of the former leader and all citizens of the country will continue to be the major preoccupation of his administration,” the statement said. Nigeria’s ruling All Progressives Congress party called for “a swift, sweeping and thorough probe of the shocking incident.”

Jonathan’s People’s Democratic Party also demanded an investigation. “Our party insists that the gun attack is a direct threat on the life and safety of the former President and members of his family and as such the assailants must be tracked down,” the PDP said.