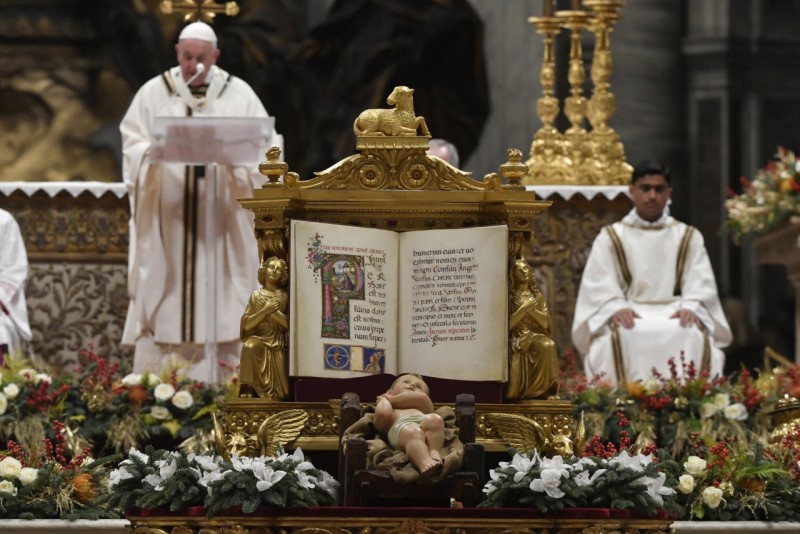 Pope Francis urged people to accept the gift of grace into their lives, in a message to Christians and the wider world during the Christmas Vigil Mass at the Vatican in Rome on Tuesday night.

Drawing on the Nativity tradition of shepherds watching their flocks and waiting in the night, the pope defined grace as a divine love and drew parallels between that love in Bethlehem and the world today. 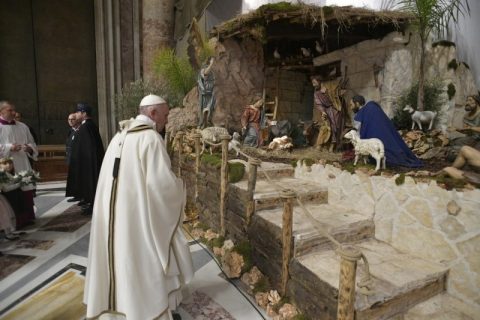 “Truly the ‘great joy’ announced to the shepherds tonight is ‘of all the people,'” he said. “In those shepherds, who were certainly not saints, we are there too, with our frailties and weaknesses. As he called them, God also calls us, because he loves us.”

The pontiff, who visited southern Africa in September, urged worshippers in the Vatican Basilica to keep their courage, to hold onto hope and trust, and to overcome fear with that same love. “God does not love you because you think right and behave well; he just loves you. His love is unconditional, it doesn’t depend on you,” he added. “You may have misconceptions, you may have combined them in all colors, but the Lord does not give up loving you.”

He also asked people to consider the simplicity and humility of the Christ Child, in a world where power too often demands its way. “Jesus shows it to us tonight: he did not change history by forcing someone or by force of words, but with the gift of his life,” he explained.

A copy of the full text of Pope Francis’ homily is available at this Vatican link.