Home>News>Partial solar eclipse may be visible from Horn of Africa
By AT editor - 25 December 2019 at 7:43 pm 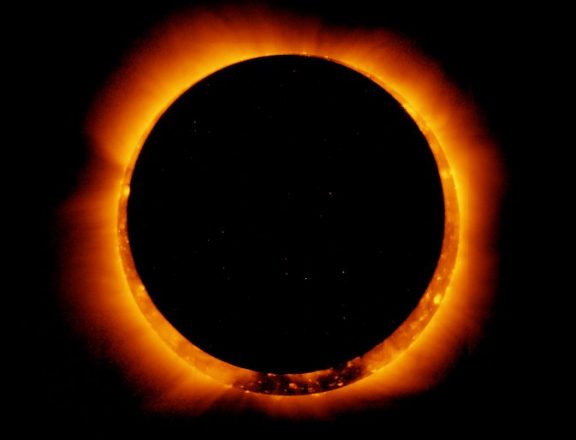 Skywatchers and stargazers who rise early enough on Thursday morning may catch a glimpse of a partial solar eclipse visible across the Horn of Africa.

The eclipse will move from east to west with a full “ring of fire” effect for other nations across the Indian Ocean and into Southeast Asia, leaving most of the African continent out of the viewing area. Yet for people living along the Red Sea coast and the Gulf of Aden, varying degrees of a partial eclipse will be visible right at sunrise.

It’s the very tip of land in the Somaliland province of Bari that will see the greatest effect, with 53 percent coverage that reaches its maximum at 6:34 a.m. local time. Neighboring Sanaag, just to the west, can expect to see the partial eclipse too if skies are clear.

Far southeastern Egypt is just barely in the zone, while Port Sudan may see about 28 percent coverage at 6:05 a.m., just minutes after the sun comes up. That’s also true for Eritreans, where there will be 38 percent coverage of the sun in Asmara, and in Djibouti where the eclipse increases to 41 percent and will last about 10 minutes.  Ethiopians in Dire Dawa may see about a third of the sun blocked.

The “path of totality” stretches from Saudi Arabia and the peninsula, across the sea to southern India and Sri Lanka, and then into Southeast Asia where it will be visible for Malaysia, Singapore and then parts of the Philippines.

For an interactive map and viewing times, along with eclipse-watching safety tips, check this link.