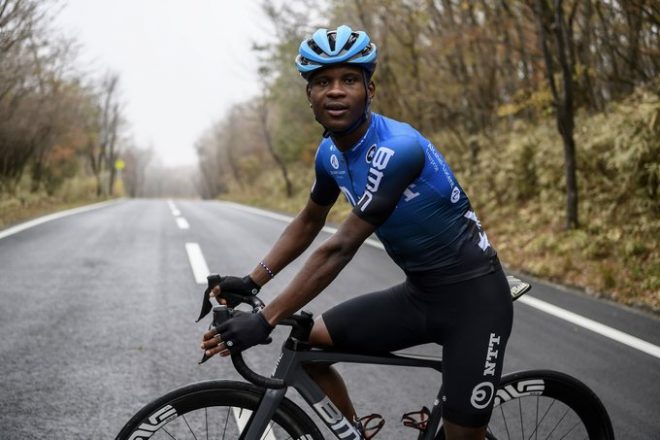 There’s controversy brewing in South Africa, where internationally prominent pro cyclist Nicholas Dlamini suffered a broken arm during an encounter with Table Mountain National Park (TMNP) authorities – an encounter that was filmed by a bystander and widely shared on social media.

Everyone involved agrees that Dlamini was injured on Friday, with South African National Parks confirming the rider’s fracture in its statement. What parks authorities argue is that he was stopped by rangers in the Silvermine section of the popular park near Cape Town because riders are required to pay to use it.

“Table Mountain National Park rangers were informed about the incident and upon investigating and finding the cyclist who could not produce his entry ticket or a valid activity permit, the situation spiraled causing the suspect to injure himself during the ordeal,” the parks authority said.

The parks authority said it continues its investigation and is asking for witnesses, but at least one identified as fellow cyclist Donovan Le Cok was a witness and filmed the incident. The 35-second video footage appears to show a physical struggle between Dlamini and the rangers, before Le Cok was asked to stop filming and Dlamini was placed into the clearly marked ranger vehicle.

NTT Pro Cycling, for whom Dlamini rides, called it a major setback for a team member who competes internationally and has a shot at the 2020 Summer Olympics in Tokyo. The organization said it condemns violence and the group was “highly distressed to see our teammate treated in this manner.”

The cycling organization called on South African National Parks to account for “the level and scale of physicality employed by the officials in subduing Nicholas, which saw him fracture his arm. Despite being visibly distressed after being pulled off his bicycle at high speed, which saw him crash, there can be no justification for the level of violence meted out to him.”