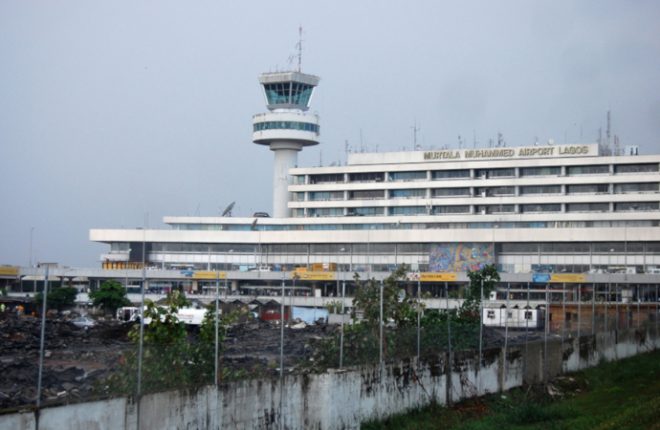 Officials in Nigeria say they were able to stop an intruder who was trying to get into the wheel well of an aircraft operated by regional carrier Air Peace and about to take off from Murtala Muhammed Airport Lagos, one of the country’s busiest international airports.

The man was first spotted as he emerged from bushes along the runway and moved toward the Air Peace flight preparing to take off for Owerri, the capital of neighboring Imo state. The would-be stowaway apparently thought the plane was an international flight, according to an Air Peace statement.

The Air Peace pilot immediately delayed takeoff as the FAAN staff sprung into action. They were initially unable to stop the intruder during a brief struggle, the agency said in its statement, but the man was eventually taken into custody while the plane was held for safety inspection and security procedures because of the incident.

The delayed flight, with 171 passengers and six crew members, continued on its way at 10:16 a.m.

“We commend FAAN for its timely intervention,” the airline said. “The regulator is investigating the incident.”