Home>SECURITY>Somalia responds to Mogadishu terror attack
By AT editor - 29 December 2019 at 6:24 am 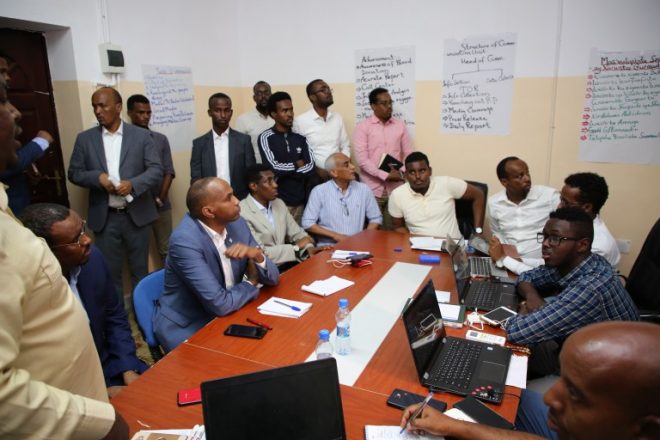 The death toll in Mogadishu stands at 90 following a truck bomb attack in Mogadishu, likely the work of al Shabaab extremists in what is the latest in a string of terror attacks that have rocked Somalia’s capital for years.

The explosion happened Saturday morning on a busy street crowded with people, including students from Benadir University. Among the dead are at least two Turkish nationals, according to that country’s foreign ministry.

Turkey also said it was sending a plane to assist with medical care for the critically injured, with President Recep Tayyip Erdoğan joining world leaders and governments in condemning the attack.

“Appalled to learn of the horrific car bomb attack,” said African Union Commission chairman Moussa Faki Mahamat. “My deepest condolences to the families of the victims and the people of Somalia during this time of grief. We are stronger together.”

“This dark day has robbed our nation of dozens of innocent lives, the perpetrators of this heinous act of terror will never dim the spirits of the people of Somalia,” he said. “Let’s join hands in countering this evil in our midst. Let’s move fast and help out the survivors.”

Prime Minister Hassan Ali Khaire also delivered an address to the nation, after visiting the wounded in area hospitals and convening a national team to coordinate the response. Speaking to both Somalia and the international community, he urged assistance to those in need in the wake of the attacks.

“This country is in a state of war,” he added. The terrorists target Somali civilians but “the morale of the Somali people won’t be undermined by the terrorists’ attacks.”