Home>SECURITY>UN says LNA strikes near Tripoli target civilians
By AT editor - 29 December 2019 at 7:08 am 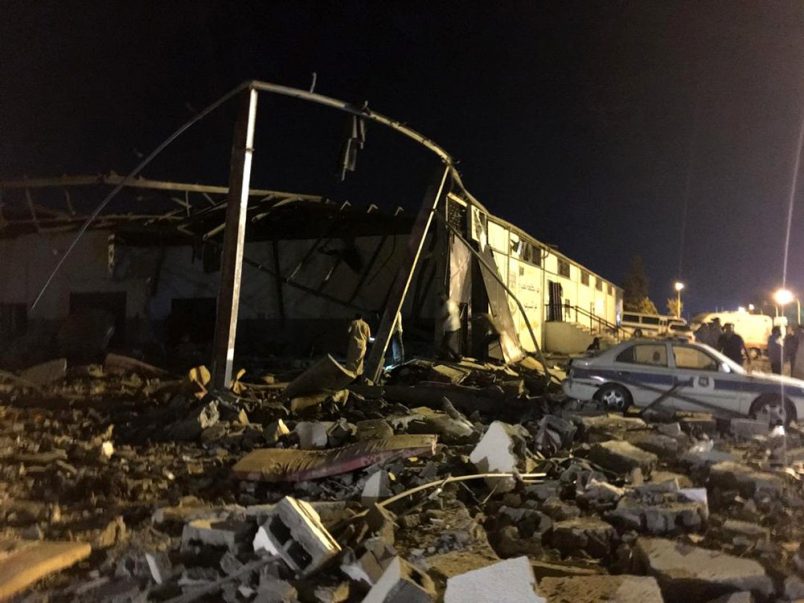 Another bombing on the outskirts of Tripoli  – impacting civilians for the fourth time this week – drew a fresh appeal from the United Nations representative in Libya for their protection.

The Institute of Applied Engineering, located near hundreds of people sheltered in the Al-Nasser Migrants Center in Al-Zawiya, was attacked by an airstrike on Saturday. There were no reports of injuries there, but it follows Friday’s attack on Abu Salim, which killed one civilian and injured six others, including two children.

On Thursday, forces aligned with Khalifa Haftar and his Libyan National Army (LNA) targeted Al-Zawiya with an airstrike that killed two and injured eight more civilians, according to Ghassan Salamé, the Special Representative of the UN Secretary-General (SRSG) in Libya. Others were injured in Tajoura on Tuesday.

“We have said it loud and clear that indiscriminate attacks against civilians not only constitute a grave violation of international humanitarian law and human rights law, but also further escalate the conflict and incite future acts of revenge, which threaten the social unity in Libya,” Salamé said. “This is utterly unacceptable.”

UNSMIL, the UN mission in Libya, and the UN High Commissioner for Human Rights (UNHCR) say 284 civilians have been killed and another 363 injured prior to these incidents in 2019. Airstrikes were the leading cause of civilian casualties, accounting for 182 deaths and 212 injuries.

UNHCR also appealed for relief for civilians in order to avoid a tragedy similar to what happened in Tajoura in July, when dozens of African migrants were killed in an LNA airstrike.

Haftar announced two weeks ago that “Zero Hour” had come for Tripoli, marking the beginning of another intense offensive to take the city in a message similar to the one used when renewed fighting began on April 4.

The LNA controls much of eastern and southern Libya, with Tripoli in the hands of the internationally recognized Government of National Accord (GNA) led by Fayez Al-Sarraj. The Libya situation threatens a wider regional conflict, with violations of an arms embargo common and neighboring countries including Turkey, Egypt, the United Arab Emirates and Saudi Arabia backing different sides.