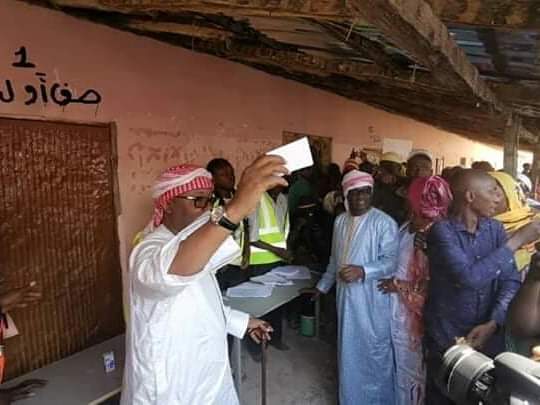 Voters in the West African nation of Guinea Bissau are waiting on official election results, due on Wednesday, to determine who will replace outgoing President José Mário Vaz.

The second-round runoff between Domingos Simões Pereira, the African Independence Party of Guinea and Cape Verde (PAIGC) candidate, and Úmaro Sissoco Embaló of the Movement for Alternative Democracy (MADEM G-15) was held Sunday.

It followed a November 24 election in which Vaz, in power since 2014, was eliminated and subsequently backed Embaló rather than Pereira. Both men have previously served as prime ministers under Vaz, though his split with Pereira – one of several with PMs during his tenure – led to bitter cleavages within the PAIGC party itself.

As the country’s National Election Commission continues to tally the results, Pereira appealed to his followers and the wider nation to wait for the official announcement. “There is a lot of fake news circulating, but only official numbers can be respected,” he said.

That message followed unofficial reports from the Embaló camp that he was ahead in polling results, and allegations from key politicians that PAIGC was rigging the election and Pereira was buying votes.

Although voting was by all accounts peaceful, political tensions in Guinea Bissau have simmered into street violence in the past, and as recently as October because of the instability under the Vaz administration.