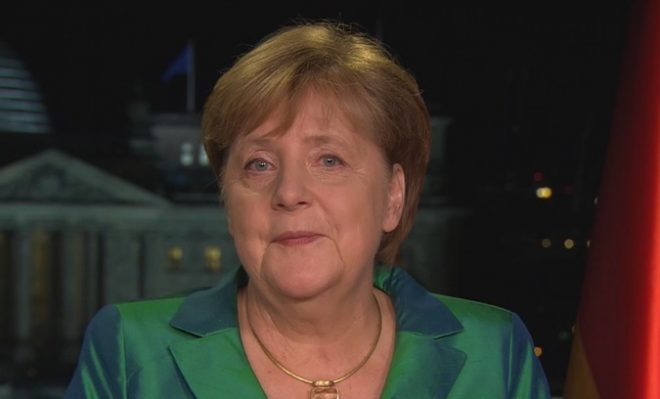 German Chancellor Angela Merkel emphasized commitment to the African continent in a New Year’s Eve address to her nation that also underscored the climate crisis and a call for global climate action.

Merkel, a champion of the G20 Compact with Africa economic initiative, said the continent will be a priority of the European Council in the coming year as Germany takes over its rotating presidency.

“Europe needs to have a stronger voice in the world,” she said. “Cooperation with Africa lies in our own interests too. For only when people have the chance to live in peace and safety will flight and migration be reduced. Only when we end wars through political solutions will long-term security ensue.”

Merkel also highlighted the importance of security and prosperity for Germany’s global neighbors, who share a common bond in building a future in a time of digital transformation and climate challenge.

“That is why we need, now more than ever, the courage to think in new ways, the strength to leave well-trodden paths, the readiness to venture into new territory, and the resolve to act more quickly,” she said. That vision must be “guided by the conviction that unfamiliar approaches can succeed – and, indeed, must do so if a good life on this planet is to be possible for today’s young people and those who come after them.”

There are 12 African nations now participating in the Compact with Africa program, which pairs European nations with African partners to boost investment in economic development and security.