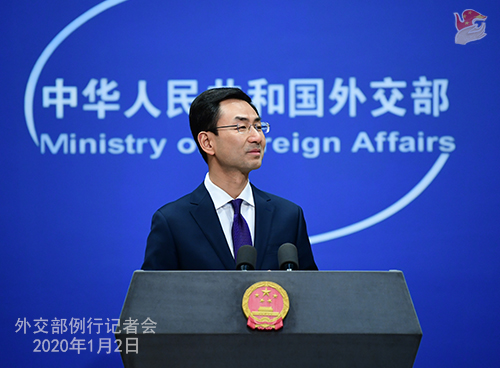 Chinese foreign minister Wang Yi will head to Africa next week, with official visits planned in Egypt, Eritrea and Djibouti, as well as Burundi and Zimbabwe.

The diplomatic schedule was announced Thursday by the Ministry of Affairs, which noted China’s tradition of beginning each new year on the African continent.

“Since 1991, Africa has been the destination for the Chinese foreign minister’s first overseas visit each year for 30 years in a row,” said ministry spokesman Geng Shuang. “The continuation of this fine tradition once again speaks volumes about the high priority China consistently attaches to developing its ties with Africa as well as ever stronger China-Africa friendship.”

Geng noted this year’s 20th anniversary of the Forum on China-Africa Cooperation (FOCAC) and said Wang’s visit will focus on implementing agreements made during the 2018 FOCAC Beijing Summit, which focus primarily on trade, security and development.

Outcomes of that summit included a US$60 billion commitment from President Xi Jinping in a mix of grants, loans and special funds for Africa, with Chinese companies encouraged to make at least $10 billion of investment on the continent through 2021.

While the visit is designed to advance China’s Belt and Road Initiative, Wang will meet with Egyptian foreign minister Sameh Shoukry amid rising tensions over Libya between Egypt and its Arab-nation partners, and Turkey as it strengthens its military support for besieged Tripoli and its Western-backed Government of National Accord.

Djibouti, where both China and the United States have military bases, has seen recent setbacks because of natural disasters, while Eritrea continues to build on its peace agreement with longtime Chinese partner Ethiopia. President Isaias Afwerki and Prime Minister of Abiy Ahmed just completed a visit in Ethiopia last week, where they laid the foundation stone of a new Eritrean embassy.

Wang’s visit, which runs from January 7 through 13, will also include meetings with Burundi’s foreign minister, Ezechiel Nibigira, and his Zimbabwean counterpart Sibusiso Busi Moyo.