Home>Politics & Policy>Egypt, South Africa join nations urging restraint in Iraq
By AT editor - 4 January 2020 at 2:13 am 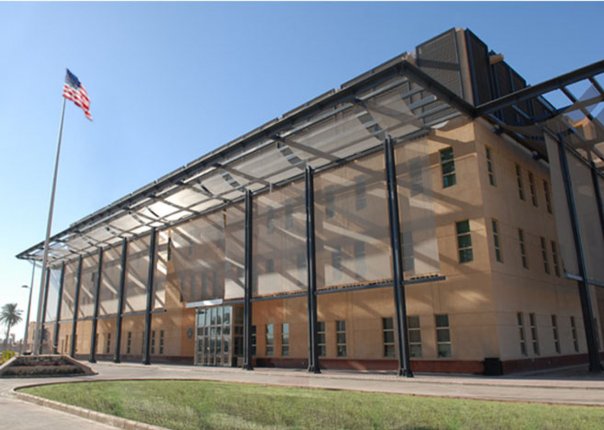 African leaders are among those calling for calm in the Middle East following a United States airstrike on Thursday that killed Gen. Qasem Soleimani, head of Iran’s Islamic Revolutionary Guard Corps and its Quds Force.

The controversial military action authorized by U.S. President Donald Trump followed escalation in recent weeks in Iraq, including violent protests at the U.S. embassy in Baghdad for which the U.S. says Soleimani was responsible.

World leaders expressed concern Friday over increased destabilization in the Middle East, with U.S. Secretary of State Mike Pompeo speaking to his counterparts in China, Russia, France, Saudi Arabia and the United Arab Emirates, as well as a host of other nations.

“With great concern, the ministry of foreign affairs is following up on the rapid developments of events in Iraq, which are threatening to escalate the situation,” said Egypt’s foreign ministry in a statement. “Egypt calls to contain the situation and avoid any further escalation.”

Egypt also said it wanted an end to “all types of regional intervention in the affairs of Arab states and peoples,” which has been a priority as Turkey and other nations have increased their involvement in Libya.

South Africa’s government expressed its alarm over the Iraq situation because it has “far reaching ramifications” beyond the Middle East.

“It is crucial for all sides to remain calm and desist from taking any further action that will exacerbate the already fragile situation,” said foreign minister Naledi Pandor, urging the parties to adhere to a December United Nations Security Council statement and avoid violence. “South Africa emphasizes its principled view that conflicts should be resolved through political dialogue rather than resorting to the use of force.”