Home>Politics & Policy>Uganda’s Wine released after campaign event disrupted
By AT editor - 7 January 2020 at 1:54 am 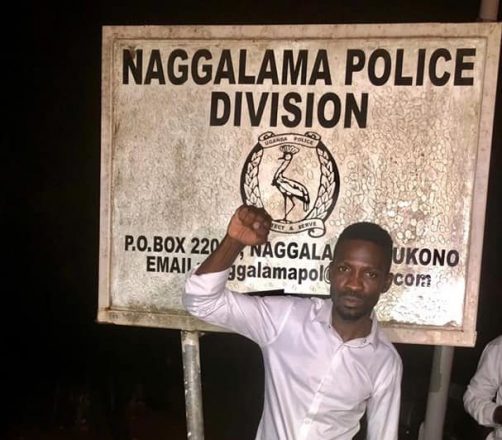 Uganda’s Bobi Wine says he and his People Power movement members were released late Monday following yet another police detention for the popular singer and presidential hopeful.

Wine, who plans to challenge President Yoweri Museveni for the office next year, was detained at the Naggalama Police Station while others were held at Kasangati. They planned to hold a party meeting and rally in support of the campaign for Wine, a Ugandan MP whose real name is Robert Kyagulanyi.

Images posted to social media appeared to show police interrupting a journey toward the event in nearby Gayaza, and firing tear gas at People Power supporters in Kasangati. People were seen fleeing from the site as Wine was taken into custody.

He said his group complied with all legal requirements and because he is an MP for the Kyadondo East district where the event was planned, it raises questions over whether he was prevented from meeting with his own constituents.

Wine was elected to parliament in 2017 and routinely draws Museveni’s ire through both his politics and his music. He was outspoken in rejecting the removal of a constitutional age-limit that allows Museveni to run for president again, and announced last year that he would challenge the aging leader.

in 2018, Wine was seriously injured when political violence broke out in Arua as both he and Museveni appeared for separate political rallies. Wine’s driver, Yasin Kawuma, was shot and killed during the violence but Wine has long maintained he was the real target. He was arrested and ultimately required medical care in the United States.