Home>Finance & Economics>In Djibouti, China vows to back BRI projects including Doraleh
By AT editor - 10 January 2020 at 2:06 am 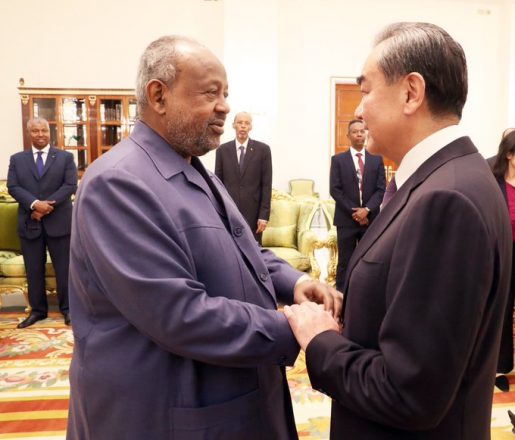 Chinese foreign minister Wang Yi was in Djibouti on Thursday as he continues a five-nation tour of the continent, with a stop to meet President Ismail Omar Guelleh in what is the home of one of China’s most strategic investments in Africa.

Guelleh said China confirmed a commitment to back Djibouti in seeking “greater visibility and presence” in the international community, including a seat on the United Nations Security Council.

China said the two nations discussed their commitment to China’s Belt and Road Initiative, with an emphasis on developing the coastal “blue economy,” communications and digital investments, and projects to boost its capacities for trade and logistics, including the Addis Ababa-Djibouti Railway and the Doraleh port.

The Doraleh site has been a point of contention with the United States, where officials feared that Djibouti’s 2018 seizure of the port from former operator DP World created an opening for China to expand its footprint along a vital Horn of Africa maritime route. 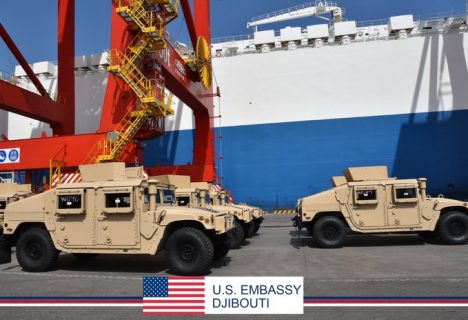 China also opened its first military base in Africa in August 2017, with an agreement for up to 10,000 Chinese troops to be stationed there. That base is close to Camp Lemonnier, home to 4,000 U.S. troops. The U.S. military continues to train with Djibouti’s military and last month delivered 54 Humvees as part of a US$31 million deal.

Wang also held talks with Mahamoud Ali Youssouf, his Djiboutian counterpart, during his visit. He previously met with Egyptian officials and plans a visit in Eritrea, as well as Burundi and Zimbabwe.