Home>CUTTING EDGE>MTN, Mara advance the Connect Rwanda digital access challenge
By AT editor - 11 January 2020 at 3:07 am 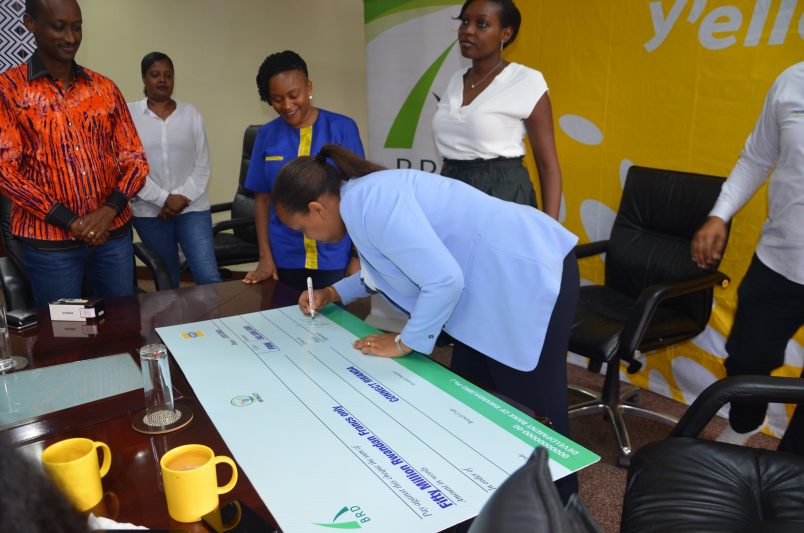 The “Made in Africa” smartphones from Rwanda’s Mara Corporation have made a big splash, but there’s a much bigger vision through a “Connect Rwanda” campaign that hopes to put Mara and other smartphones in the hands of every household in the country.

The program, launched in late December, relies on donors pledging either approved smartphones or the money to buy them, in order to bridge the digital gap for the country’s 2.9 million households. Less than 20 percent of households in Rwanda have smartphones with the majority of citizens using the government’s Irembo platform to access services.

The initiative is spearheaded by telecom MTN Rwanda and the government’s Ministry of ICT and Innovation. MTN is loading 1GB of data monthly for the first three months to get it started, and support and public education are part of the deal with a special emphasis on women entrepreneurs and underserved communities.

Rwandans and their friends are challenging each other to donate as many phones as possible through March 31, although the program will continue beyond that date, organizers say.

Right now, Twitter is alight with people tagging their friends and associates to participate in #connectrwanda. Among them are Rwandans living in Switzerland, Belgium and Holland, as well as the Rwanda Defence Force, the Rwanda Development Bank, prominent artists and others at home.

President Paul Kagame was among the first, with a donation pledge of 1,500 Mara phones to kick off the program.

“Smartphones should not be a luxury item. Let’s challenge ourselves to make smartphones an everyday tool enabling all Rwandans to fulfill their potential,” he said.