Home>African Future>China says it does for Africa what its critics are 'unwilling to do'
By AT editor - 14 January 2020 at 1:51 am 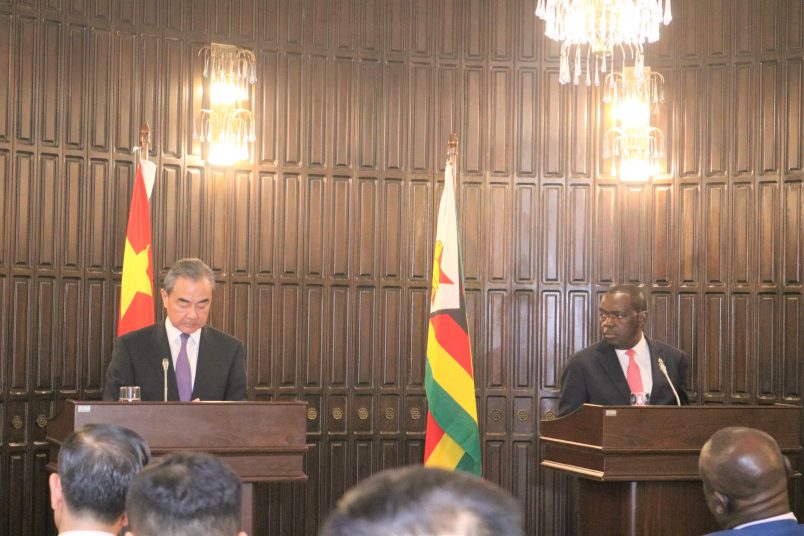 China denies that its policies put African nations in “debt traps” that will collapse like a “house of cards,” a comment made last month by Adam Boehler, head of the United States International Development Finance Corporation.

Foreign ministry spokesman Geng Shuang said Monday there is no connection between debt loads on the continent, and Belt and Road Initiative (BRI) projects in Africa, where Foreign Minister Wang Yi is wrapping up a five-nation tour centered on China-Africa cooperation.

“Criticism and slanders have never stopped BRI cooperation from growing and flourishing or dampened the enthusiasm in the BRI among the vast majority of countries,” Geng said. “To date we have signed 199 BRI cooperation documents with 137 countries and 30 international organizations, including 44 African countries and the African Union Commission.”

Geng pointed to the Mombasa-Nairobi railway as a partnership with Kenya that boosted economic growth by 1.6 percent, just as Wang has emphasized Chinese investment during his stops in Egypt, Djibouti, Eritrea, Burundi and Zimbabwe.

While in Harare to meet with counterpart Sibusiso Busi Moyo, above, Wang said China supports an end to Western sanctions that stifle Zimbabwe’s economic recovery. That message was well received by Zimbabwean officials who have long appealed to the U.S. and European Union for relief.

“In recent years, unilateralism and power politics prevailed (and) the Cold War mentality is overflowing,” he said. “Developing countries including Africa have suffered greatly from this.”

Wang also noted trade between Africa and China reached US$200 billion in 2019, with $110 billion in indirect investment across a range of projects meant to advance African development.

“These are what those countries that intend to discredit China-Africa cooperation cannot do at all and what they are unwilling to do,” Wang added.