Home>African Future>African youth, Sudan are priorities for U.S. diplomatic visits
By AT editor - 15 January 2020 at 3:24 am 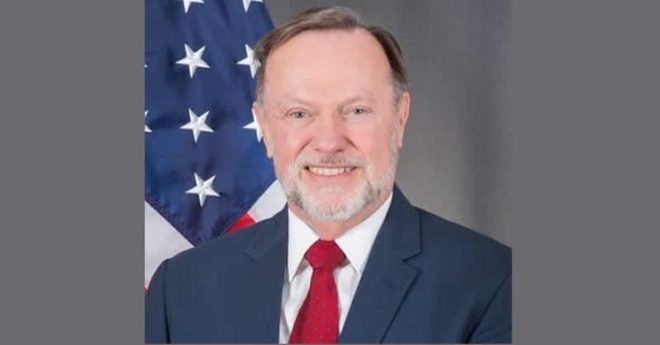 Tibor Nagy, the Assistant Secretary for African Affairs for the United States, will begin a five-nation tour on the African continent on Wednesday.

Nagy will visit the Central African Republic, Ethiopia, Kenya, South Sudan and Sudan during the two-week journey.  The trip will highlight a U.S. commitment to African youth, including the University Partnerships Initiative, a new program that encourages collaboration between U.S. and African schools. The program, launched in November, focuses on STEM research, exchange programs and dual-degree opportunities.

Nagy also will highlight the 10th anniversary of the Young African Leaders Initiative (YALI), a program that connects next-generation African leaders with their peers in the U.S. and across Africa.

“His visit will emphasize the importance of promoting good governance and strong democratic institutions, advancing regional peace and security, combating corruption, and forging stronger trade and investment ties,” the U.S. Department of State said. “He will also meet with government officials and partners in France to strengthen regional cooperation.”

Nagy’s visit to Sudan comes amid renewed unrest there, and follows a stop made Tuesday by David Hale, the U.S. Under Secretary for Political Affairs. Hale met with Sudanese Foreign Minister Asma Abdalla in support of Sudan’s democratic transition.

“The Under Secretary highlighted the importance of completing the formation of the transitional government by establishing the Transitional Legislative Council,” the Dept. of State said. “The Under Secretary and the Foreign Minister discussed progress in peace talks between Sudan and armed opposition groups, as well as the need to continue implementing domestic economic reforms.”