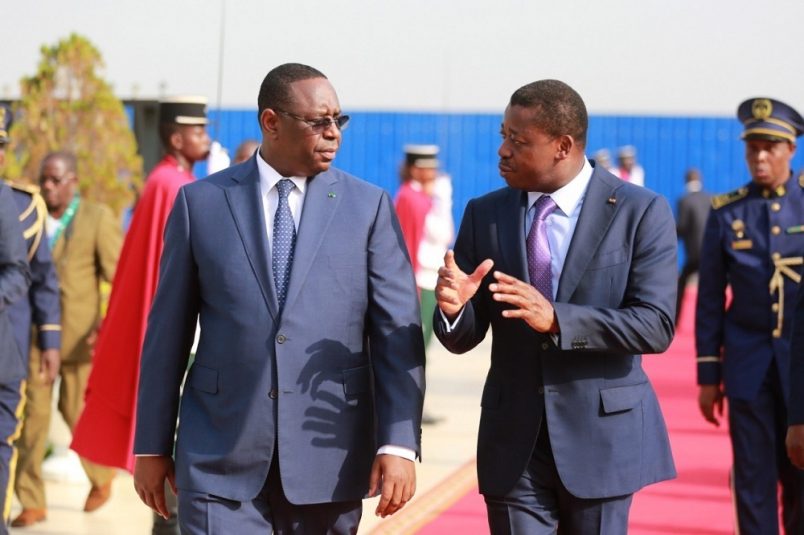 President Macky Sall of Senegal and his Ugandan counterpart, Yoweri Museveni, are among African heads of state participating in a conference on counterfeit medications hosted by President Faure Gnassingbé of Togo.

The two-day conference runs through Saturday and is expected to lead to a “Lomé Initiative” to end the illegal trafficking and use of fake drugs. Also attending are Gambian President Adama Barrow, along with presidents Denis Sassou N’Guesso of Republic of Congo and Mahamadou Issoufou of Niger.

“This is the first phase of a wider program to ensure access to safe and effective medicines for all their citizens,” said the Brazzaville Foundation, which has coordinated the two-year effort. “It will help to combat a deadly trade that claims hundreds of thousands of lives every year in Africa and funds transnational crime and terrorism.”

The World Health Organization (WHO) estimates a US$30 billion trade in fake drugs, based on data that shows that 10.5 percent of the drugs tested in low- and middle-income countries are fake or substandard. The research was based on more than 48,000 samples taken from 88 countries.

When WHO asked for two specific models centered on Africa, one for malaria treatment and another for childhood pneumonia, it found fake drugs implicated in up to nine percent of malaria fatalities where people sought treatment – and the models likely underreported the impacts.

For childhood pneumonia, some 72,430 additional deaths would be linked to substandard drugs if they delivered any reduced level of antibiotics but the number soared to 169,271 when the drugs had no antibiotic effect at all.

Also attending in Togo are WHO Director General Tedros Adhanom Ghebreyesus, and Joyce Banda, the former president of Malawi.