Home>Finance & Economics>Tshisekedi meets with pope, heads to UK investment summit
By AT editor - 19 January 2020 at 2:37 am 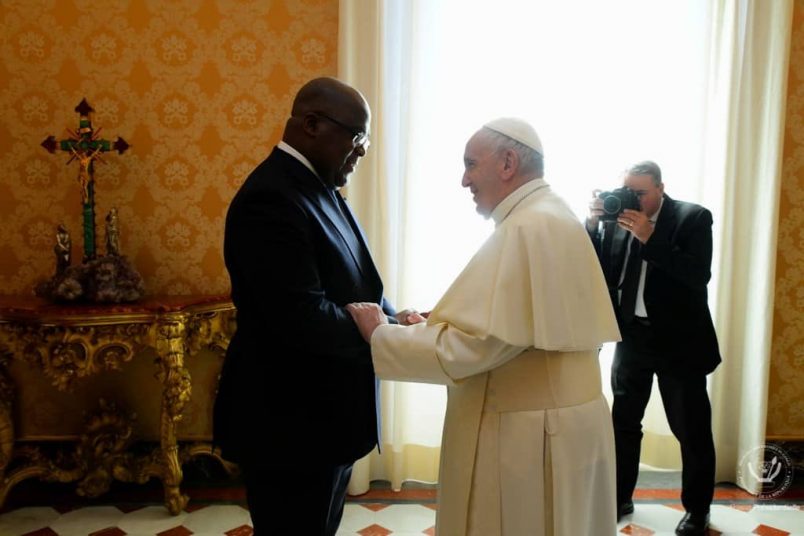 President Felix Tshisekedi completed his visit with Pope Francis at the Vatican on Friday before heading on an official visit to the United Kingdom.

The president of Democratic Republic of Congo discussed the country’s Framework Agreement with the Vatican, while emphasizing the role the influential Roman Catholic Church has played in advancing democracy among the Congolese. Notably, its bishops played a key role in pressing for the removal of former president Joseph Kabila in 2016 after his constitutionally limited two terms expired, called for elections, and challenged the results that, ironically, put Tshisekedi in office.

The two leaders, along with Cardinal Secretary of State Pietro Parolin, and Archbishop Paul Richard Gallagher, Secretary for Relations with States, further discussed challenges facing DR Congo. They focused on the eastern provinces where armed conflict and the Ebola virus are threats to dozens of communities, as well as the need to promote peace and human dignity for refugees and displaced persons facing humanitarian crisis. 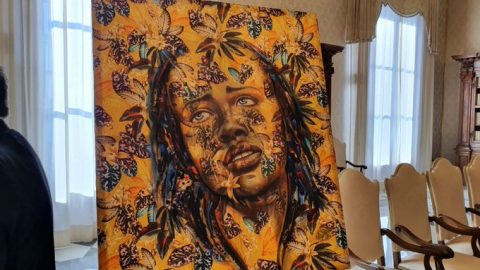 Tshisekedi gave Pope Francis a painting, “The Tears of Beni,” which symbolized the suffering in those provinces and deeply moved the pontiff, according to a presidency statement.

Tshisekedi begins his UK visit on Sunday, and will be meeting with Prime Minister Boris Johnson as well as attending a reception at Buckingham Palace.

The main purpose of his trip is the UK-Africa Investment Summit in London, which features leaders from some 20 African nations and a host of African firms meeting with British investors. Tshisekedi hopes to boost economic growth and investment through the conference.