Home>Politics & Policy>Berlin conference parties agree on Libya political solution
By AT editor - 20 January 2020 at 3:28 am 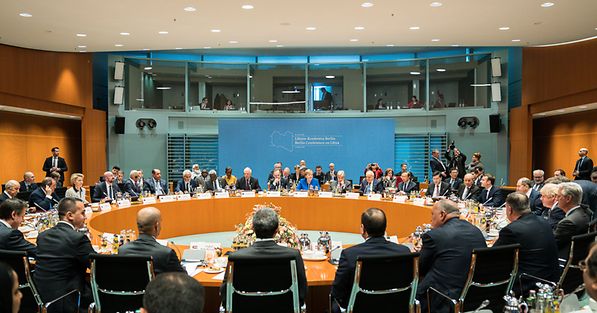 German Chancellor Angela Merkel, host of Sunday’s international conference on Libya in Berlin, said all parties have agreed to honor an oft-violated arms embargo as the parties move forward in a new framework for peace.

Both Government of National Accord leader Fayez al-Sarraj and rival Khalifa Haftar of the Libyan National Army were present for the talks, which also concluded with commitments from other nations to not send troops to back the warring factions. The participants planned to release a joint communiqué with more details.

“We agreed among the parties present on a comprehensive plan of how to proceed,” said Merkel after the conference. It included heads of state or their representatives from Algeria, Egypt, Italy and Republic of Congo, as well as the United Arab Emirates and Turkey among those known to be supporting the opposite Libyan sides.

“We are not winning the fight against terrorism on the African continent – just look at the Sahel and the Lake Chad,” said António Guterres. “I firmly believe that we will not succeed without peace and stability in Libya.”

Guterres urged a return to the diplomatic pathway interrupted by Haftar’s offensive on Tripoli in April, just as the UN was to begin facilitating a national dialogue meant to lead to elections.

“This conference will not solve Libya’s problems in one fell swoop,” said Steffen Seibert, spokesman for the German government, adding that it could “be the beginning of something better than war.”