Home>Commentary>Crossing the Red Sea: Where the new littoral-state council goes next
By Laureen Fagan - 21 January 2020 at 2:49 am 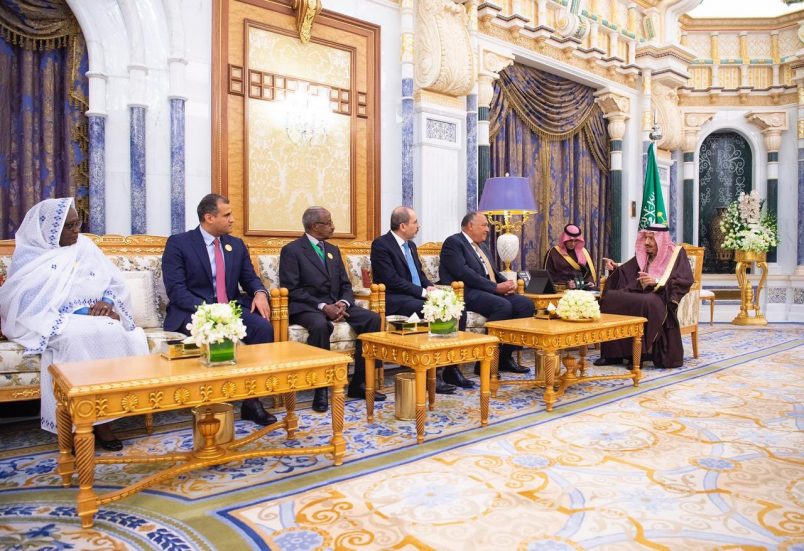 Tensions between Iran and the United States are edging toward what some analysts say could become a full-blown war to further destabilize the region. Libya, the focus of Sunday’s international efforts in Berlin, lies at the heart of a crisis that stretches across the Sahel and West Africa, as well as the related migration issues facing Europe. So it’s understandable that a new deal among Red Sea neighbors reached earlier this month hasn’t been a priority, but that’s not the case for regional African nations – and neither are they separate issues.

Eight countries met in Riyadh on January 7 to sign the charter for the Council of Arab and African States bordering the Red Sea and Gulf of Aden. It’s an organization that’s been discussed in diplomatic circles for a few years but ultimately is coming to fruition under Saudi Arabian leadership. That in and of itself has caused friction among parties to the agreement – Egypt among them – as well as East African nations, like Kenya and landlocked Ethiopia, that feel threatened by yet another bold move in an increasingly crowded neighborhood.

So far, the responses reinforce both the reason for and the barriers to cooperation. Somalia signed the charter but Somaliland is offended by its exclusion. Eritrea is on board but has already complained that Riyadh is overstating its influence. Yemen signed, but the Houthi-aligned rival government unsurprisingly says it’s not a party to “a tool of aggression” for the Saudi-led coalition. Jordan, at the tip of the Gulf of Aqaba, is a partner; Israel, with its adjacent land, most decidedly is not.

Sudan, led by a Transitional Military Council since last year’s removal of former president Omar al-Bashir, approved the charter while dealing with fresh challenges to its own interim leadership. Djibouti, a nerve center for the strategic military bases and commercial ports of multiple nations, also signed the deal, which was originally envisioned to limit the interference of foreign players.

The European Union, led by Germany, formally promoted the idea of a regional Red Sea body in June 2018.

“The stability of the Horn of Africa and the freedom of navigation from the Indian Ocean through the Red Sea to the Mediterranean, both crucial to Europe, are being put in jeopardy by developments in the Red Sea region,” the EU said. “The search for influence and strategic assets, together with the growing militarization of the Red Sea coast, are increasing risks within the region, with potential global consequences.”

Part of the rational was the escalating Gulf crisis, which in 2017 put Qatar in the crosshairs of Bahrain, the United Arab Emirates and Egypt, along with eastern Libya led by Khalifa Haftar, and African members of the League of Arab States. Turkey stepped up its presence in countries like Sudan, investing in redevelopment plans along the Red Sea, and ultimately stepped in to oppose Haftar in Libya’s conflict.

Europe’s concerns extended to migration because thousands of African migrants – many Ethiopians among them – travel the Horn of Africa sea route into Yemen before moving on to other Gulf nations. The instability places pressure on both sides of the Bab-el-Mandeb Strait, the narrow lane between the Red Sea and the Gulf of Aden and wider Indian Ocean. While piracy is down off the once-notorious Somali coast, ship seizures are a continuing threat and terrorist attacks plague Egypt, Somalia and other nations on both coasts.

Saudi Arabia, with its ongoing presence in Yemen and the wider Gulf struggle with Iran, agreed to co-lead the establishment of a Red Sea council with Egypt. Riyadh moved quickly to make the littoral-state agreement a priority, stepping on a few Egyptian toes along the way, in its stated mission to limit a foreign presence that has extended to China, the United States, Japan, Italy and France, among other actors in the Horn. Ultimately, though, much of the world, including the African Union, has a stake in the region’s stability and the key shipping route that connects East and West.

A long road, but a pathway nonetheless

While Red Sea nations agree with the Saudis on the need for security, others are concerned that the emphasis limits the economic and development cooperation they envisioned. “Both Egyptian and Eritrean officials are adamant that they will not allow a forum to be used as a proxy for Saudi rivalry, whether with Iran, Turkey, or Qatar,” notes the Brookings Doha Center in a November report.

For the Red Sea nations, there are as many internal forces as there are external pressures. Peace, achieved by an internally fragile Ethiopia led by Prime Minister Abiy Ahmed and Eritrea’s President Isaias Afwerki, is a welcome development, and Eritrea called the current state of Red Sea affairs “a theater for reckless regional and international interferences” for the past 30 years. At the same time, Eritrea is clear in rejecting outsized Saudi influence and complained last week over an official comment on the peace deal that it felt gave the Saudis too much credit for its role in resolving “differences between brothers in Africa.”

Ethiopia, Egypt and Sudan are still trying to seal an elusive Blue Nile water rights deal as Ethiopia moves forward with its hydropower dam plans. Djibouti, which has seen diplomatic visits from both China and the U.S. in January, also is dealing with disaster and rare domestic unrest in recent months. For its part, Somaliland rejected the council and its charter outright, while staking its claim of sovereignty over 850 kilometers of coastline and its territorial Gulf of Aden waters.

The charter for the Red Sea council is now under review by the parties’ heads of state, with a future summit planned at an unknown date. What’s even more unknown is how long it will take for a potentially productive regional council to become a reality, as its members demonstrate both why they need one – and why it might be harder to do than it looks on paper.