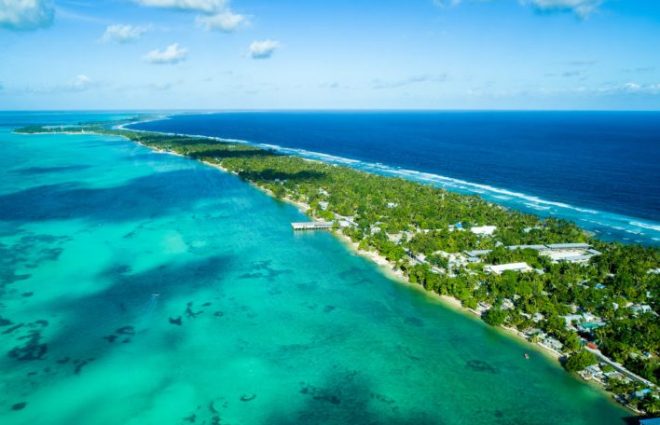 Ioane Teitiota of the Pacific Island nation of Kiribati lost his individual case, but the landmark ruling on the rights of climate refugees from the United Nations Human Rights Committee means he may have changed the future for people seeking to escape the extreme impacts of a warming world.

That may prove significant for the African continent, where displacement is already common and climate impacts are expected to be disproportionately severe compared with other parts of the planet. The UN decision also flies in the face of top UN officials committed to maintaining the status quo on the legal definition of refugee status.

“It is the Committee’s position that the right to life includes the right of individuals to enjoy a life with dignity, free from acts or omissions that are expected to cause unnatural or premature death,” the committee said. “It is also the Committee’s position that environmental degradation and climate change constitute extremely serious threats to the ability of both present and future generations to enjoy the right to life.”

Teitiota, who is in his 40s, and his wife left Kiribati for New Zealand in 2007. They raised three children there, and applied for refugee status in 2012 after their residency permits expired, but were denied by the government.

What Teitiota argued, though, is that he could not return to Kiribati because of climate change. Rising seas have forced most residents from dozens of smaller atolls, and more than half the population – about 50,000 people – live on Tarawa.

That’s led to severe overcrowding, unemployment, sanitation and water crises, especially because rising seas have changed freshwater resources and the soil salinity, which in turn destroyed crops and added to food insecurity. Taken together, the challenges on Tarawa have sharpened divisions and led to island violence.

So Teitiota entered the UN process and said deportation violated his right to life, because climate change leads to human rights violations. A committee of 18 members, two of them dissenting, issued the ruling that makes clear climate impacts must be considered when considering future cases, even if that did not apply for Teitiota.

“The decision sets a global precedent,” said Kate Schuetze, Pacific Researcher at Amnesty International. “It says a state will be in breach of its human rights obligations if it returns someone to a country where – due to the climate crisis – their life is at risk, or in danger of cruel, inhuman or degrading treatment.”