Home>African Future>Botswana's Masisi talks African economy at Davos
By AT editor - 22 January 2020 at 4:56 am 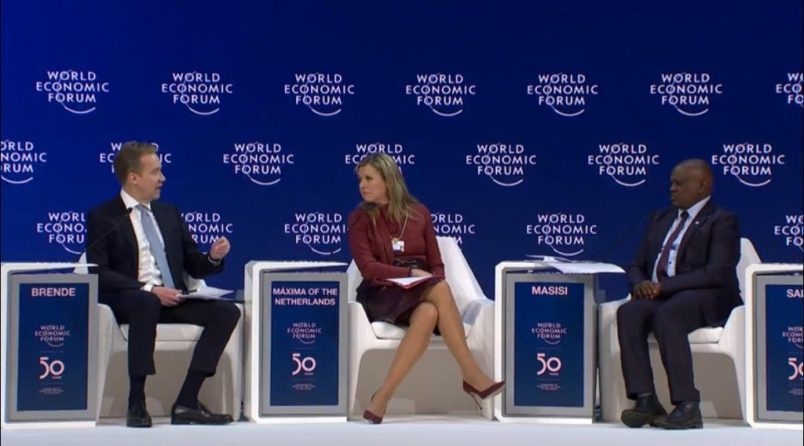 The leaders of Botswana and Netherlands were featured during a high-level panel on Africa at Davos on Tuesday, as the annual World Economic Forum continues in Switzerland.

President Mokgweetsi Masisi emphasized the power of African youth, its growing cities and economies, and the potential that a unified market under the African Continental Free Trade Agreement is poised to deliver.

“We have full confidence that when we increase the intra-African trade, it will be a means by which we grow and reach the world,” Masisi said. “In the same way we also want the world to reach us.”

Africa represents the most powerful workforce of a lifetime, he added. Yet he cautioned that Africa’s economic growth will depend on connectivity and an end to corruption.

President Macky Sall of Senegal also was supposed to participate in the panel, but moderator Børge Brende, the president of the WEF, said he was stuck in traffic. Sall never made it to the event, so Masisi continued in dialogue with Queen Máxima of the Netherlands.

The queen, like Masisi, focused on Africa’s demographic dividend and its young, educated populations, but also on fintech and digital access. She cited a study that found Ethiopia’s GDP would grow by 10 percent and add three million jobs with digital financial inclusion.

“We have to create jobs, jobs, jobs,” she said. “We will not be able to create those jobs if we do not have the infrastructure of an inclusive digital financial system.”

Botswana, alongside Ghana, also will participate in the new Africa Growth Platform initiative to create jobs through entrepreneurship and small business support.

A video of the panel discussion is available here.

Davos continues through Friday, with Africa Night scheduled for Thursday.