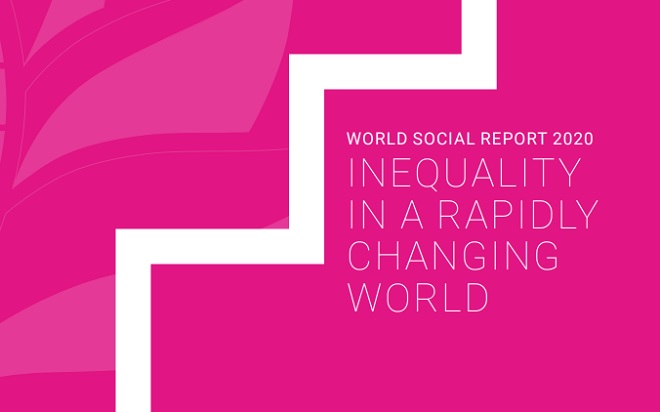 People living in the European Union have an average income that’s 11 times higher than that of sub-Saharan Africa, and the disparity grows to 16 times higher when compared with North Americans.

That’s according to the new World Social Report, presented Tuesday by United Nations Chief Economist Elliot Harris and Marta Roig, Chief of Emerging Trends and Issues of the Department of Economic and Social Affairs (DESA).

Worse still is the degree to which climate change and technology access disparities are deepening divisions. Extreme weather and environmental degradation are adding to economic shocks, and rising temperatures already have made the ratio between the income of the richest and poorest 10 percent of the global population some 25 percent larger than it would be in a world without global warming.

“Whether they impinge on infrastructure, livelihoods, resources, health or even the loss of lives and homes, these impacts are by no means uniform across countries or population groups,” the report said. “They have made the world’s poorest countries poorer.”

Estimates suggest between 3 million and 16 million people will fall into poverty by 2030 because of climate change, if the world acts aggressively on mitigation and adaptation. Those numbers rise to between 35 million and 122 million in a high-impact scenario where climate change impacts are more severe. Sub-Saharan Africa will see the highest mortality burdens by 2030, before climate-related mortality numbers shift to Southeast Asia by 2050.

Technological infrastructure and access also are driving inequality, with the African continent seeing the highest prices in the world for Internet access. “In an extreme case, the annual cost of fixed-broadband Internet access was over 1,700 percent of gross national income per capita in the Central African Republic in 2016, compared to less than 0.8 percent in the United States,” the report said.

To see the entire World Social Report 2020, check this link.