Home>Health>WHO holds off on PHEIC designation as global virus concern spreads
By AT editor - 23 January 2020 at 8:13 pm 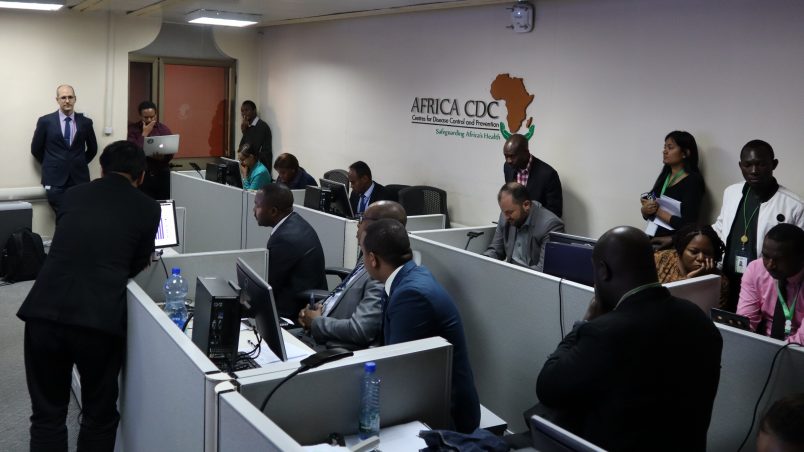 As China’s coronavirus spreads across the nation and into other countries, The World Health Organization said Thursday it has again postponed a decision on a Public Health Emergency of International Concern (PHEIC) while awaiting additional information.

The PHEIC is a designation for an “extraordinary event” with the potential for international disease spread. It presents a public health risk that requires immediate international action and a coordinated response among nations.

WHO’s Dr. Mike Ryan, the director of its Health Emergencies Program, said current priorities include the need for UN member states to enact public health controls, and limit the confirmed human-to-human transmission as well as the international spread of the virus.

“We need all members to focus on early identification and isolation,” Ryan said.

That’s already the case in a number of African nations – Nigeria, South Africa and Ethiopia among them – where additional screening measures are in place at points of entry. Rwanda was among governments that said it is working closely with WHO officials and urged caution among its citizens, particularly if traveling to affected areas. Dr.

While there is no immediate cause for panic, the new coronavirus (2019-nCoV) is spreading quickly across China with 644 confirmed cases and 422 suspected cases, and 18 fatalities reported as of Friday at 12 a.m. local time in Beijing. A real-time dashboard is available for monitoring cases in China, which have spread rapidly from the original market in Wuhan where China’s CDC director said illegal wildlife sales likely brought animals, and the virus, into human contact.

Wuhan and its 11 million residents, along with millions of people in several other cities, have been sealed off and effectively quarantined.

There are confirmed cases in a growing number of nations, including Japan, Thailand, Singapore, South Korea, Vietnam, and the United States, which on Thursday issued a nonessential travel warning for U.S. citizens to avoid China. The virus is now present in all Chinese provinces except for two, as well as in Taiwan, Hong Kong and Macau.

Other nations investigating suspected cases are as diverse as Brazil, Mexico, Russia and Scotland.

Scientists across the globe are working together to understand the coronavirus and how to develop a response, but much remains unknown – all the more reason for Africans, and other global citizens, to consider practicing routine health precautions until more information is available.

“Make no mistake. This is an emergency in China, but it has not yet become a global health emergency,” WHO said.

To learn more about 2019-nCoV and its symptoms, check this link.