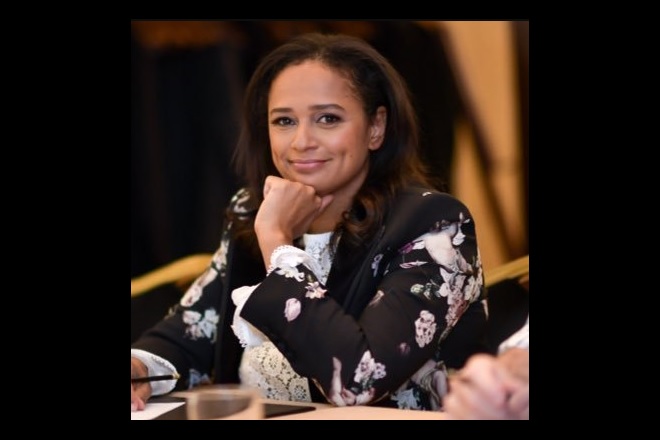 The investigation into Isabel dos Santos, the oil-rich daughter of former Angolan president José Eduardo dos Santos, advanced on Monday with the revealed identity of a whistleblower responsible for leaked documents her accusers say implicate her in long-suspected illegal financial dealings.

“The source of the “Luanda Leaks” is the whistleblower Rui Pinto,” said the Platform to Protect Whistleblowers in Africa (PPLAAF), an international anti-corruption organization. It said media professionals in some 20 countries have worked on the investigation, based on reams of financial records they say link Dos Santos to some of the largest international banking and consulting firms.

Angola’s courts announced a freeze of assets, bank accounts and holdings in several Dos Santos companies on December 30.  Portuguese authorities announced on January 10 that they had opened an investigation against Dos Santos for money laundering.

“Global accounting firm PWC has announced that an internal investigation is being conducted, and that it has ceased working with certain individuals and corporations linked to the scheme,” said PPLAAF in a statement. “EuroBic, a Lisbon-based arm of a bank where Isabel dos Santos is the biggest shareholder, said on January 20th that it was ending its ‘commercial relationship’ with her.”

PPLAAF said Pinto, who is detained in Portugal for “illegal access to confidential data” and other charges, wanted to “expose activities that are illegal or contrary to public interest.” He was previously behind the “Football Leaks” investigation of tax evasion and other financial irregularities in the sports world.

“PPLAAF is pleased that once again a whistleblower is revealing to the world actions that go against international public interest,” said William Bourdon, President of PPLAAF and lawyer of Rui Pinto. “Like in the case of the Football Leaks, these revelations should allow for new investigations to be launched and thus help in the fight against impunity for financial crimes in Angola and in the world.”

Angola remains one of the poorest countries on earth, with corruption an endemic problem. Former president Dos Santos was thought for years to be amassing wealth for his family, including the appointment of Isabel dos Santos as head of Sonangol, the Angolan oil company, and his son as president of the Angolan sovereign wealth fund.

Dos Santos has denied the allegations in numerous interviews in recent weeks. Reuters reported late Monday that she plans to sue the International Consortium of Investigative Journalists (ICIJ) and its partners, the organization responsible for the “Luanda Leaks” material.

“The allegations which have been made against me over the last few days are extremely misleading and untrue,” she said in a public statement on Friday. “This is a very concentrated, orchestrated and well-coordinated political attack. I have engaged lawyers to take action against inaccurate defamatory reports and allegations.”