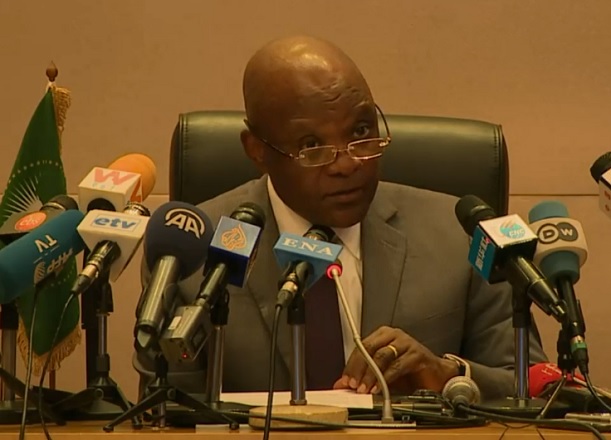 Dr. John Nkengasong, director of the Africa Centres for Disease Control and Prevention, said Tuesday there are no confirmed coronavirus cases as yet on the continent, though authorities have now activated the emergency operations center and are actively working with China and other international bodies to respond to the outbreak.

Suspected cases have emerged in Côte d’Ivoire and Kenya, as well as Ethiopia, where the Ministry of Health confirmed four people are isolated and monitored for 2019nCoV, the virus that has spread from the quarantined city of Wuhan across China and at least 15 other countries. Ethiopian Minister of Health Lia Tadesse said the four people have negative results from preliminary tests, which will be definitively confirmed in South Africa.

That reliance on shared resources is what Nkengasong said the Africa CDC is rapidly coordinating, along with the World Health Organization and other partners.

“It is very possible that we have cases that have been on the continent that have not been recognized. We have to admit that there are certain things we don’t know,” Nkengasong said. The strength of screening and health surveillance systems varies greatly among African nations, and one of the CDC priorities is to strengthen capacity in nations that need assistance.

“The implication of what is going on in China clearly shows that this is now beyond their nation, and it is an economic and security threat to China and the world,” he added.

Africa is at high risk for the coronavirus spread due to the large volume of air traffic between China and the continent. Half of that traffic passes through Addis Ababa, while Egypt, Kenya, Morocco and South Africa also are among nations with significant travel contact to China.

A preliminary assessment of risk to specific African nations, linked here, is available from MOBS Lab, a scientific community network based at Northeastern University in the United States. The EcoHealth Alliance offers an interactive air travel mapping tool that shows routine flights from China to other locations, while the Journal of Travel Medicine also models the potential spread among countries.

The daily report from China’s National Health Commission on Wednesday showed 5,974 confirmed cases with 132 fatalities. A real-time dashboard from Chinese medical professionals also is available for monitoring cases in China, which has spread to all provinces with the first case now in Tibet.

WHO leaders including Director General Tedros Adhanom Ghebreyesus and Dr. Mike Ryan, the director of its Health Emergencies Program, have traveled to China to assist Chinese authorities in evaluating the outbreak and response.

To view the complete press conference with Nkengasong, check this link.