Home>Finance & Economics>Benin's Talon talks security, development during U.S. visit
By AT editor - 30 January 2020 at 12:09 am 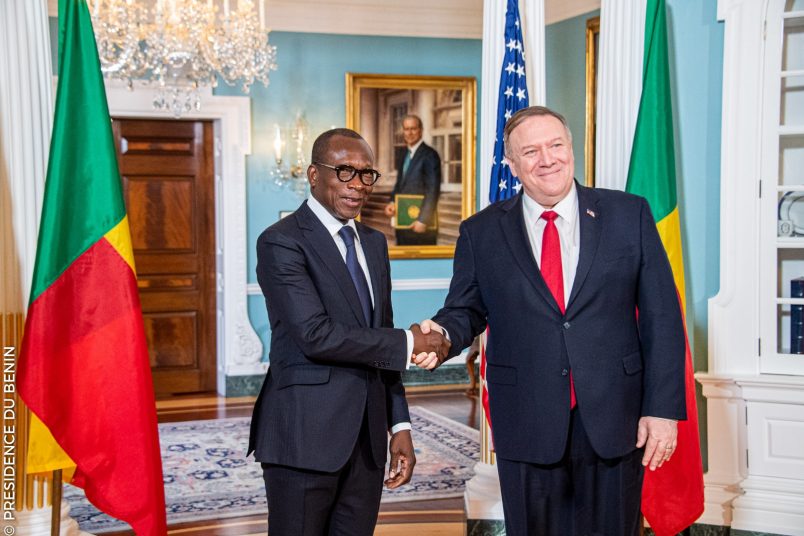 President Patrice Talon of Benin met with United States diplomats and World Bank executives during his trip to Washington D.C., with his discussions focused on investment and the West African nation’s economic development.

Talon also met with U.S. Secretary of State Mike Pompeo on Tuesday to discuss regional security cooperation and instability in the Sahel, which has become a growing threat along Benin’s far northern border with Burkina Faso and Niger.

“We discussed the importance of fundamental freedoms and democratic institutions and how our countries can better partner to reinforce regional security and further our trade relationship,” said Pompeo.

With World Bank officials, Talon focused on tourism, agribusiness and telecom investments. The presidency said Philippe Lehouerou, the director of the World Bank’s International Finance Corporation (IFC), was pleased with Benin’s progress and hoped to open up more opportunities for private investment in Benin.

Talon emphasized the need for infrastructure development, including energy and water projects, as well as the nation’s need to advance its agricultural sector. Empowerment of women and girls was high on the agenda.

“The World Bank has shown its willingness to work with Benin to set up a vocational training program to facilitate the empowerment of women and the education of girls,” the presidency said. “The objective is to fight poverty and ensure sustainable growth.”

Talon also made to time to visit with Beninese who are in Washington working for World Bank and the International Monetary Fund (IMF).