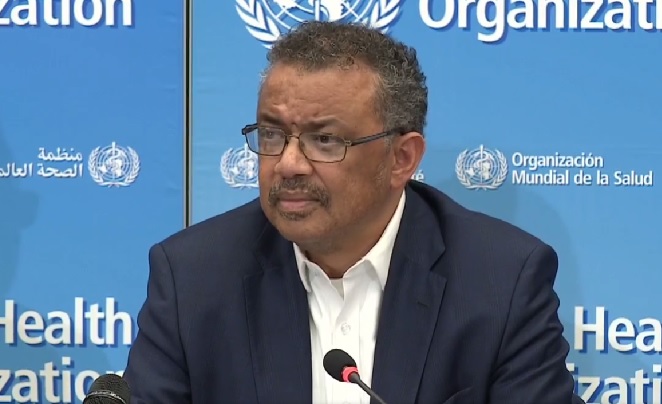 China’s latest update on the coronavirus epidemic, issued at midnight Wednesday, listed 170 fatalities with a new total of 7,711 confirmed cases – along with nearly 90,000 close contacts under health monitoring, according to the National Health Commission.

Additional cases were reported in Hong Kong, Macao and Taiwan, along with confirmed cases in at least 15 other nations, according to the World Health Organization. These did not include Côte d’Ivoire, Ethiopia, Kenya or Sudan, where there are reports of suspected cases but none have been confirmed.

“We assure the public that the suspected case is in good general medical condition. Samples are undergoing tests and the results are awaited,” said Kenya’s Ministry of Health on Wednesday. Ethiopian Minister of Health Lia Tadesse said four people there have negative results from preliminary tests, which will be definitively confirmed in South Africa. Sudan also reported two new suspected cases but they are not confirmed.

The latest nation to confirm cases was United Arab Emirates, where a Chinese family of four was infected with 2019nCov, the new coronavirus that is now requiring a global effort to contain.

Africa is at high risk for the coronavirus spread due to the large volume of air traffic between China and the continent. Half of that traffic passes through Addis Ababa, while Egypt, Kenya, Morocco and South Africa also are among nations with significant travel contact to China.

A preliminary assessment of risk to specific African nations, linked here, is available from MOBS Lab, a scientific community network based at Northeastern University in the United States. The EcoHealth Alliance offers an interactive air travel mapping tool that shows routine flights from China to other locations, while the Journal of Travel Medicine also models the potential spread among countries.

WHO’s International Health Regulations (IHR) Emergency Committee will meet again Thursday to reassess the status of the outbreak. It has previously held off on declaring a Public Health Emergency of International Concern (PHEIC) while awaiting additional information.

The PHEIC is a designation for an “extraordinary event” with the potential for international disease spread. It presents a public health risk that requires immediate international action and a coordinated response among nations.